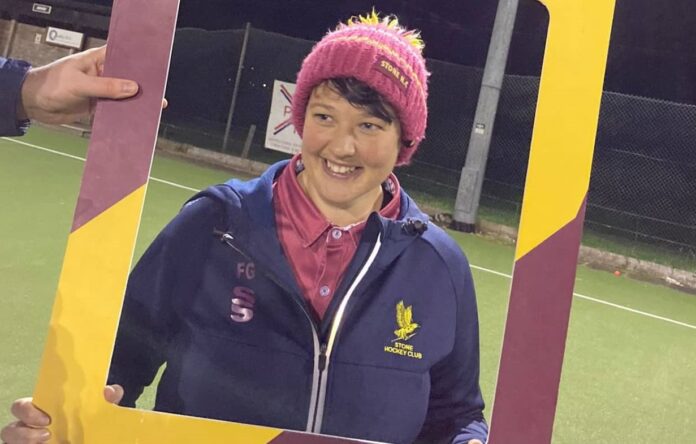 A hockey coach at Stone HC is in the running for an Unsung Hero accolade at the upcoming BBC Sports Personality of the Year Awards.

Fran Gamble, who is known by club members as ‘Fran-tastic’, was recently named a regional winner of the Unsung Hero category for the Midlands.

A junior coach at Stone, Gamble stood out over other nominees after increasing membership by 200 per cent at the club, while she was also pivotal in keeping players active with a series of challenges during the pandemic last year.

She said that winning the regional award was “massive” ahead of the national awards.

“I just want to do what I want to do for the club and for the kids and to make them feel happy and feel like they belong,” she said.

Gamble will join the other regional Unsung Hero winners at the BBC Sports Personality of the Year Awards on Dec 19 where the overall winner will be announced.