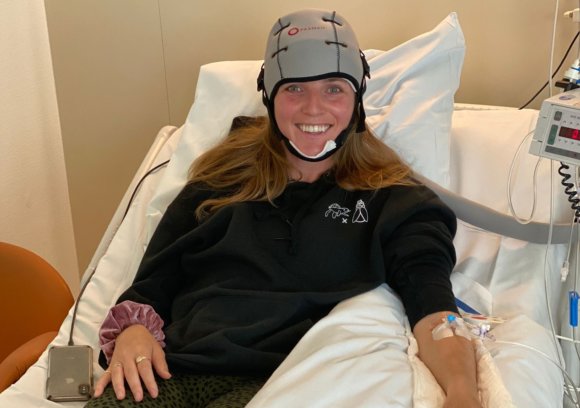 A Dutch big league player has revealed how her “desire to have children, play top sport and have a social career” was nearly jeopardised after being diagnosed with cervical cancer.

Daphne Voormolen, 30, was diagnosed in February but after participating in a scentific study and 10 months of recovery, the Victoria player recently made her comeback against Klein Zwitserland.

She is now raising money for a key study into the quality of life around cervical cancer.

“On February 25, 2021, the world was swept away from under my feet,” she said. “Cervical cancer. In one fell swoop my desire to have children, top sport and social career were in jeopardy.

“Now 10 months later, after 9 rounds of chemo, 3 surgeries and countless visits to the hospital, I can say that I’m in remission, still have my uterus, made my comeback in major league hockey and slowly started playing again. work.”

Voormolen said that she owed her remarkable recovery this year “to the fact that I was given the opportunity to participate in a scientific study in the Antoni van Leeuwenhoek hospital.”

She added: “There is a lack of thorough, systematic research into the safety, pregnancy and psychological outcomes of fertility-sparing surgery. This makes it difficult for patients, like me, to make an informed choice.

“With this action I therefore want to contribute to the ‘Profit study’ led by Dr. Nienke van Trommel of the Antoni van Leeuwenhoek. With this study she is conducting research into quality of life around cervical cancer.”

Voormolen was given the news of her selection back to the team from her coach Lennard Poillot, who told her that she would get game time.

She said: “Lennard told me that his choice to select me was not based on sentiment.

“He said he honestly selected me based on my hockey skills, because I add something to the team.”