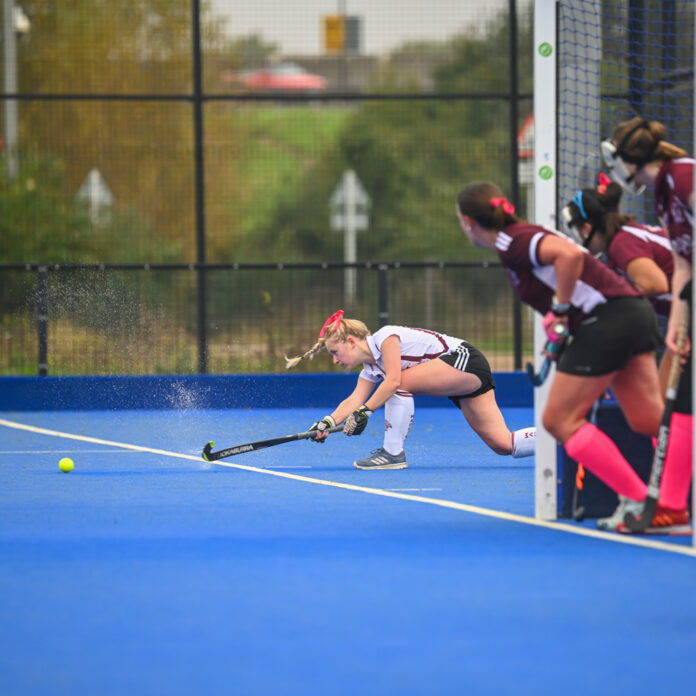 By mid-2017 the team was providing four umpires to the Essex Association’s ‘neutral pool’ to officiate the higher divisions in the area.

In one week in late October that year, it saw the four umpires appointed as two pairs, and the idea was formed to umpire in pink shirts – as opposed to the green or orange – and donate to Breast Cancer Care.

The concept evolved the following year with the formation of ‘L’Ump Month’, with the quartet pushing the idea of umpiring in pink and raising money for charity to colleagues across Essex and London.

The idea caught on and 2018-19 saw umpires as far afield as Devon and Ulster getting involved. The coinciding National Poetry Day even saw an impromptu poetry battle with a hockey magazine, which was picked up by an Australian sports podcast, and featured by England Hockey.

This year’s L’Ump Month saw engagement from regular supporters, including Iain McAuslan and Gary Joy, of Epsom HC and Teign HC respectively), to the new (Aldershot & Farnham Hc) and a local event championed by the Wapping L1s and press team of James Budgen, Aisling McKeon, Jenna MacLaren and Adrienne Houle, where the club raised over £250.

With a few more donations promised, the L’Ump Month team are hopeful of reaching over £1000 – again.