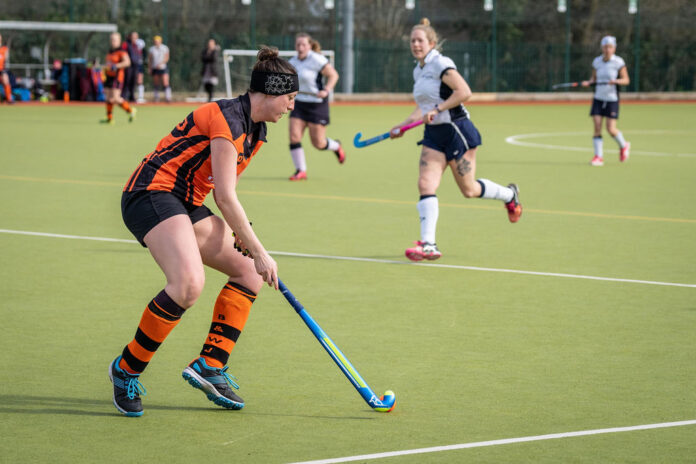 Schools should make much more use of the resource of hockey clubs playing at their facilities and look to strike up lasting relationships to benefit pupils, with the grassroot side of the sport in a “precarious position”.

That’s the verdict of Andrew Bryce, Bristol & West Hockey Club’s chair, who is currently looking at new sites as their current pitch at Winterbourne School in South Gloucestershire is being replaced with 3G after the conclusion of this season and after 18 years at the site.

“Grass roots hockey has in my view got itself into an interesting if not precarious situation,” he said. “I am old enough to have played on grass and I remember the switch to AGP as lots of these pitches began to appear at schools and colleges in the ‘80s, ‘90s and 2000s. I vividly remember how excited we were as hockey started to evolve into such fast and exciting game.

“However, grass roots hockey with its reliance on a very specific type of pitch surface has made itself vulnerable as ithas effectively wedded itself to 2G, so there’s nowhere else to go as 3G and 4G surfaces have started to replace 2G.”

“Pitch technology has diversified such that 2G is no longer the only option; there’s a wider choice of pitches all with different advantages. With finite sites available and other sports organisations with rather deeper pockets that hockey, 3G currently seems to be winning.

Bristol & West have had positive discussions with the Olympus Academy Trust and hope to build a new pitch at the school’s playing fields.

He said: “We’re suggesting two pitches and a club house as this would be a very financially sustainable development as a regional hockey centre – there’s no harm in aiming high!

“One of the pitch set-ups we’re suggesting is a Gen 2 which is also good for tennis and other sports, to maximise bookings and revenue all year round. Maximising revenue will be crucial for paying off any loans attached to the development and to be ready for re-surfacing when it comes around in say 15 to 20 years’ time.

“Given what our club has experienced in recent months with the loss of its pitch to 3G, my strong advice to any club who may potentially face the same issue is to act now and don’t delay.

Here, Bryce offers advice for those clubs who face difficulties with schools and councils…

“Tell them about your club, about how important you are for the community, how many of the children from the school are involved in your club and what your ambitions for the future are.

“Try to learn about what the school’s vision is for community sport is – do they have a written policy, if not, can you help them produce one?

Stay in the know with our 3G coverage

“Understanding who can influence decisions is important and make sure that you have their contact details should you suddenly be faced with the loss of the facility.

Prior engagement is key

“In our case I am convinced that it was our prior engagement with the Trust that enabled us to challenge the School’s decision quickly and whilst it did not result in it being changed, it did enable us to delay it and then have the exciting offer of matching funding for the development of a new pitch. Had the Trust not known who we were, I don’t think that would have happened.

“In our area there are many hockey clubs using school facilities and I worry for their future given the advent of 3G.

Clubs should be valued

“In my view, most state or Academy schools don’t make much use of a fantastic resource on their doorstep, beyond the collection pitch rental income. The fantastic network of well run hockey clubs that are in most cases are very keen to welcome children into their junior sections, should be valued by far more by schools. There can be huge positives for all if players take up the sport and maybe even progress to higher levels.

“Private schools seem to be much better at this, using large clubs as resources to help progress their own pupils and ultimately, to add to the kudos of the school.

“In the state sector, it’s much less common – but that’s just my perception. You do find occasionally that you’ll have hockey players who are also PE teachers and they start after-school groups, but it often doesn’t seem to be long-term and falls away if that teacher leaves the school.

Schools have to be flexible

“We have on numerous occasions tried to engage with local schools to provide sports enrichment sessions. However, I think schools maybe have to be a bit more flexible too. Most schools want these sessions to run straight after school, but as most hockey players also have a day job, that often simply isn’t practical.

“Schools could do well to realise their good fortune in having these well-run hockey clubs on their doorstep and closer links could have huge benefits to both parties. This might in some cases at least, also cause some schools to think twice about the choice to opt for 3G.”