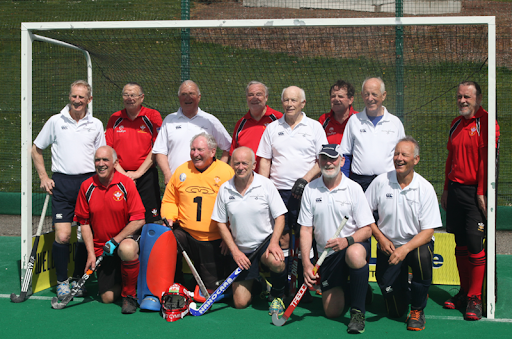 The seventh Ancients and Aspirants 7-a-side tournament will take place next April in Wellingborough as vets hockey returns in earnest after the pandemic.

This tournament started in April 2015 following the first over-75 international hockey match in November 2013 between the Netherlands and England.

“It may seem premature, but time flies and diaries get filled, but the main reason is to enable the organisers to make firm plans for the three days,” said organiser Bill Greenwood.

Ancients are men over 75  (and will include at least one team of over 80s for the fourth time) or ladies of about 65, while Aspirants are those who aspire to still be playing when they reach maturity, but should be around 70 (men) or 60 (ladies).

Entries are limited to a maximum of eight teams in each category and games will consist of 2 x 20 minute halves and are played on a half pitch.

Hockey Masters Regional competitions had been held annually at all levels up to Over 70 but, because Regions could not raise teams of 11, a compromise was reached at 7-a-side and the 2015 event was a great success both on and off the pitch.

In 2016, the Aspirants competition was added to avoid ‘wasting’ the empty half pitch.

The event extended to three days and included a team of Over 80s in 2017.

In 2021 the Regional competition became a free-standing competition, making room for other participants to enjoy the A & A event, although the post-Covid fixture congestion had some effect on the entries.