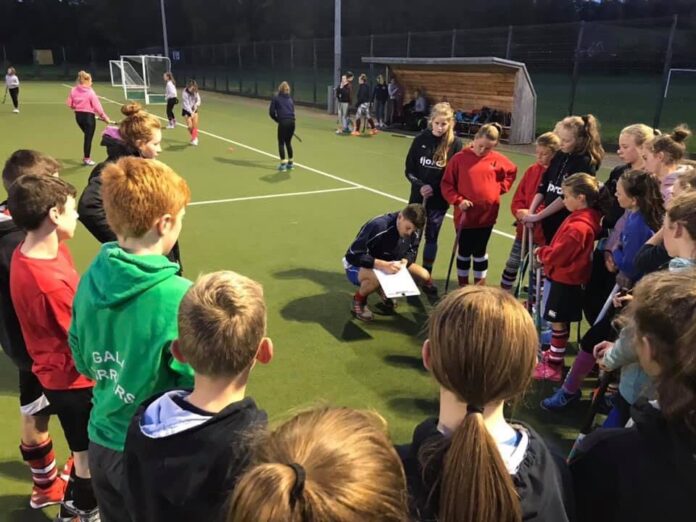 During our initial lockdown in an ever changing environment, the club had to adapt literally on a weekly basis as new guidelines and restrictions evolved.

It became clear that Scottish Borders Council would not be allowing any extracurricular sporting activities within their campuses during the Christmas term, which was certainly going to have an impact on not just physical health, but also social and emotional health of the youngsters.

The club committee recognised the importance of providing physical activity for as many youngsters as possible and we threw open the doors.

Within weeks, numbers started rising and more and more requests to join the club came in. Our youth section grew from 42 members in mid-August to 280 by mid-December.

As a result pitch costs rose and to meet these, the club embarked on a very successful fundraising scheme ‘Cash for Kids – Sports Challenge’ run by Radio Borders in which the Club raised a staggering £23,500.

Possibly one of the biggest challenges was ensuring that all players were able to develop and progress.

The sessions were very mixed as we had many players who came along with a friend to ‘try a hockey session’, completely new to the game and players who had been with the club from an early age. It was important to us that we were able to provide fun and challenging sessions to all the players and a great deal of preparation had to go in to developing sessions to accommodate everyone.

Janet Jack, ex Scotland and GB an head coach for the club, and her son Charlie, Scotland under-18 boys, took on all youth sessions, while the coaches were ably supported ably by a number of senior members in the club.

Janet stated that being on the hockey pitch was of immense value to the young players. Historically the club have always tried to produce competent and skilled players and competitive league teams, however the role of the club had to change as a result of the impact of the pandemic.

The purpose of the club was not to produce champions, winning teams and high performance athletes during this critical time, but to put the mental health and well-being of our young people at the heart of every session delivered.

Sessions were designed to promote active participation and it was key that the club provided a safe outdoor environment where they could make social connections and an opportunity where they could express themselves and interact with their friends while having fun through hockey.