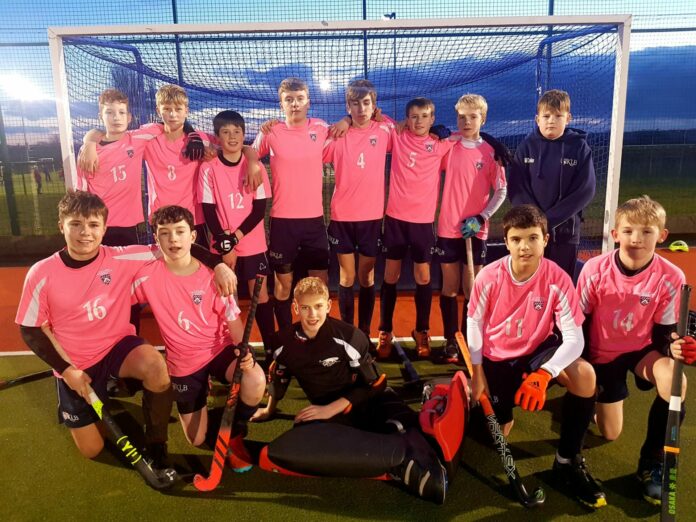 There has been no let up in hockey success at Katharine Lady Berkeley’s School, writes Richard Bright. In a piece written for The Hockey Paper before the pandemic, student numbers continued to follow an upward trajectory, as did the west country school’s win ratio.

But what seems most important for this state school is the desire to harvest a growing fixtures list against private schools to keep competition high.

And it’s paying off. KLB’s Rhys Meredith hailed last season as the most successful in the school’s history after seeing numbers grow and titles won across its girls’ and boys’ hockey programmes.

“It saw us claim eight individual titles, including two regional and one national title. For a state comprehensive school to be achieving was very unique and the future looks bright,” said Meredith.

“Historically the school has always produced strong squads and it is great to see our hockey success make a return. It would not be possible without the help of various aspects. The effort and commitment shown by our students is absolutely outstanding. They compete in a hugely comprehensive fixture list as well as an internal summer hockey league.”

Indeed, the summer league is currently in its third year and has nearly 200 students competing as the school continues to forge links with local clubs Wotton-Under-Edge and Yate.

“We are very fortunate to be in a unique position where the school can work so productively with local clubs to develop the next crop of hockey talent,” added Meredith. “Without the help and support of these clubs we wouldn’t be able to run the programme that we do. It isn’t very often that clubs and schools are able to work in such a positive manner.”

During term time, training numbers across both gender programmes usually see exceed 40 students. And this enthusiasm has culminated in success at regional and national level, largely thanks to a forward-thinking fixtures list. “It now only contains a couple of state school sides as we look to progress our hockey programme further. We have noticed a significant improvement in the quality of since constructing a predominantly private school fixture list,” said Meredith.

The success stories from under-12 upwards is notable. The under-13 girls’ cohort created history at the school as they fielded ABC teams for the first time. “This was a tremendous advert for participation in girls’ sport,” remarked Meredith.

The under-16 girls were runners up in the regional finals and will experience a national finals in March at Lee Valley, while the under-18 girls has seen a raft of students play for Wotton ladies 1st. “Most importantly,” says Meredith, “they have created an inspiring legacy of girls hockey at the school for our younger students to emulate.”

Pre-Covid, the school ran a mixed under-13 and under-15 summer league over 14 weeks. The competition first started in 2016 with around 70 students and now sees in excess of 200 participate. The school is expecting that number to be exceeded this year. Regular hockey has aided the students pathway to be selected for representative squads, as well as at international standard. This includes Gloucestershire and Avon county hockey, Gloucestershire County Performance Centre, three students competing at the Futures Cup and Joanna York called up for England under-16 girls.

“When I joined KLB, I didn’t play any team sports but l was inspired and encouraged by my teacher to get involved. Now I’m very passionate about hockey playing for school, Wotton and county.”
Eliza Reynolds

“I had never played hockey before. I now play several times weekly, have joined the local hockey club, as well as playing at school, and have been part of a school squad that won the National Championships at Lee Valley. I love it!”
Sam Prouse

Jake Edwards and Lena Brewer have been training partners since they started hockey at Wotton-Under-Edge HC. They also happen to be class mates at the school and have both been on tour with the UK Lions squads, most recently to Malaga.

I had a fortuitous introduction to the game, but it wasn’t until I was 11 and moved to Katharine Lady Berkeley’s School that I picked up a stick. I’d had to appeal to get into the school, so the headmaster knew exactly who I was, and it happened to be John Law who was also the manager of the England under-16s. Boys’ hockey wasn’t part of the curriculum but John asked me to join the team. For a year-and-a-half I was probably the worst right-winger anybody had ever seen – I looked like a drunk baby giraffe on ice! That didn’t really work out for me, so I moved from right-wing to right-midfield, to right-half, and finally to right-back before John gave me the choice of giving up or going in goal. I was picked for the west divisional team after ten weeks between the sticks and it all just went from there.
Simon Mason, former GB goalkeeper