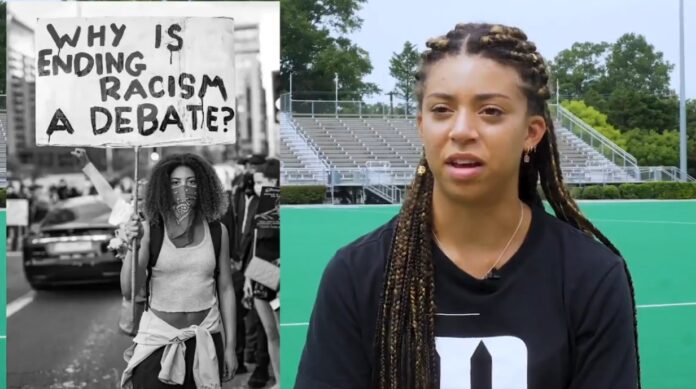 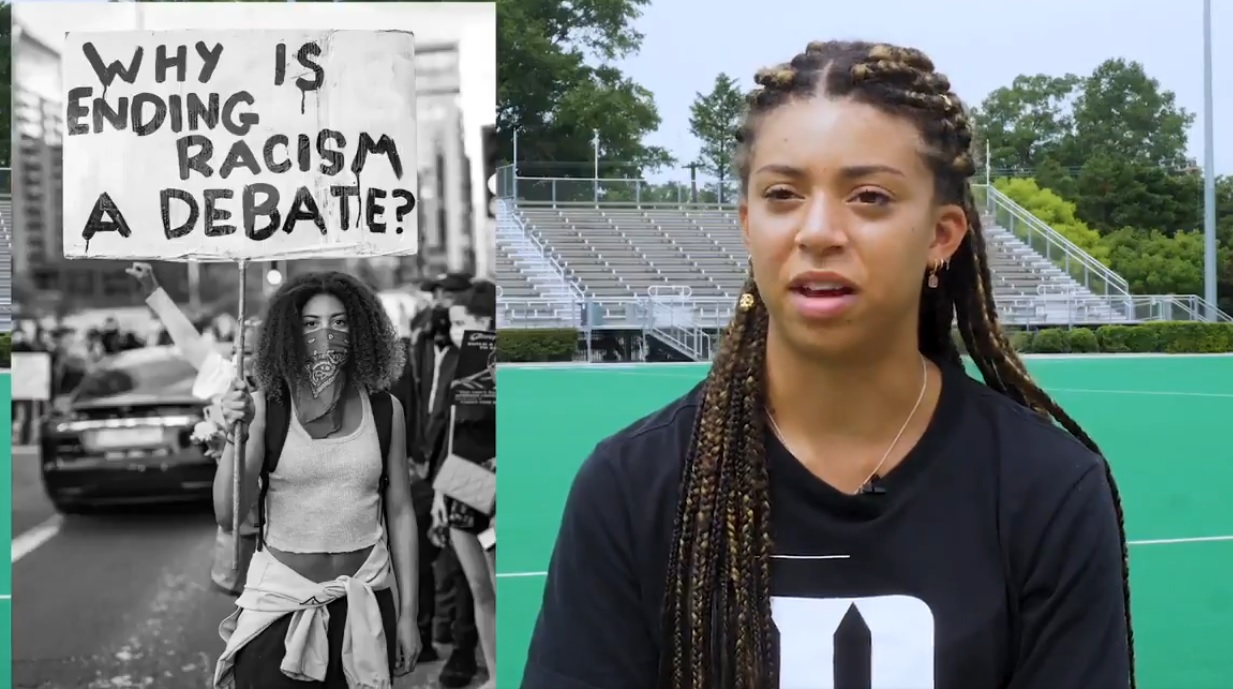 One of the most shared images from the civil rights protests this summer featuring hockey player Darcy Bourne is set to go under the hammer at Sotheby’s next week.

Misan Harriman’s original print ‘Why Is Ending Racism Still A Debate?’ will see bids start between £3,000 and £5,000 on Oct 7 in London to raise money for a blood cancer charity.

The image of Bourne was captured on the streets outside the US Embassy in London and was one of the defining images of the Black Lives Matter movement, shared by the son of Martin Luther King, Lewis Hamilton and Dina Asher-Smith.

In an interview this week, Bourne said that George Floyd’s death “had sparked so much emotion in it for me and a reason why I went to the protest”.

The England under-21 international said: “Initially my parents didn’t want me to go because of the threat of coronavirus but we sat and watched George Floyd’s memorial together and they both realised the gravitiy of the situation and how much it meant to me and people all over the world.

“I went to the protest to help out and not expecting to have a big impact but the platform gave me the opportunity to reach people all over the world.”

“I had this responsiblity to spread the word and to keep the movement going,” she added.

“In the past people have protested for years to get what they need but I think actual change can come, that there is so much power in this movement right now and we need to keep it going.”

Bourne has previously said that she wants to use her platform to see more black female role models in hockey with the current lack of ethical diversity in a predominantly white sport.