After the pandemic, universities face obstacles ahead of hockey season 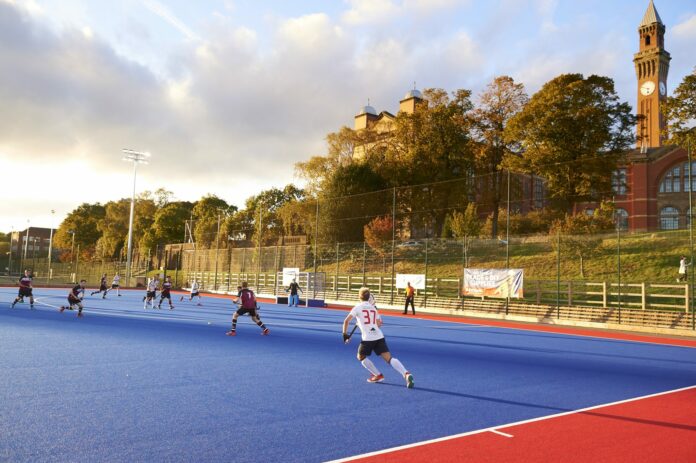 Loughborough Students, University of Birmingham and newcomers Swansea will compete in the women’s Premier Division, while Brooklands MU, Exeter University and University of Durham are set for the men’s top flight ahead of the new season, which at present is set to start in mid September.

However university students are facing up to either virtual or face-to-face courses from September onwards which could impact squad numbers.

Lauren Hunt, Uni of Birmingham’s women’s 1s captain, said: “This is an obstacle that we’re aware of as a group and something that university clubs will struggle with more than the other clubs in the league.

“Because the University is aiming for at least a bimodal approach to teaching with both online and face-to-face contact, we’re hoping that everyone in the squad will remain in Birmingham for the season and combine their studies with playing hockey.”

But Hunt added that the modern set up at universites – which includes Birmingham’s elite centre – means that players will be well catered for.

She said: “Another reason for our squad remaining in Birmingham is the level of support that the uni offers such as physiotherapy and strength and conditioning training. Because of the amount of training we have S&C is a vital component of our schedules and the physio support is unparalleled and so the majority of the squad will be making the most of that support and remaining in Birmingham.”

Hunt added: “You could say we were lucky in the way that we retained our position in the Prem without having to play in the Play-offs, however, we’d started preparations for that situation relatively early, and so felt confident that we would have been successful. We’ve done some good recruitment and have been putting in a lot of hard work off the pitch during this lockdown period and so we’re hoping for a successful year.”

Swansea say there could be “huge ramifications” if the pandemic causes further problems. The club now has 14 men and women teams and has doubled in size since its successful merger with the university.

Swansea women have recruited two American players on scholarships for the new season and remain buoyant ahead of their first foray as a top flight Welsh club, while Sport Wales has given the green light for elite teams to start training from August, which will aid both Swansea and Cardiff Met.

Meanwhile, the BUCS league is expected to reconvene in January.

THP contacted other universities for comment but they had yet to respond.