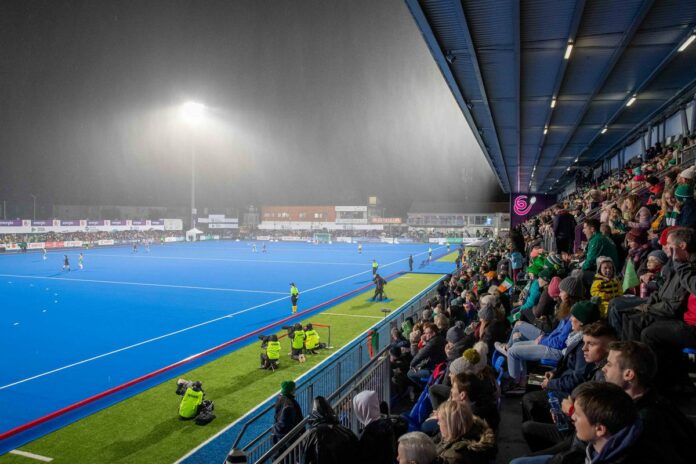 It started with a hurricane and ended with torrential rain, and then flooding, but the woman behind delivering not one but two big stadium hockey experiences is reflecting on a year which could be a game changer for the sport.

In November 2018, Sue Catton, England Hockey’s lead on the Big Stadium Hockey project, started work on The Stoop initiative before a swift turnaround to set up the recent pop-up pitch in Dublin. She’s experienced a hurricane in Stoop pitch testing, horrendous rain in Dublin and then her house nearly flooded on her return to Sheffield. But Catton has sailed through the near dramas and now hopes that the format will become the norm at major tournaments (Note: this piece was originally published in print before the pandemic).