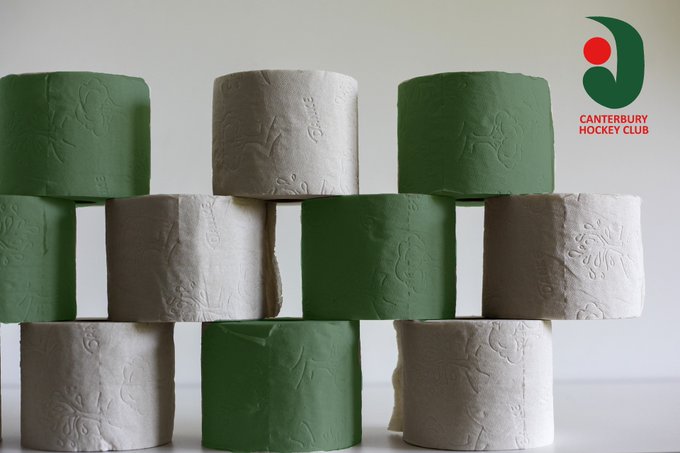 Portsmouth HC is rolling out Zorb Hockey next season. To increase player safey, all outfield players will be forced to wear increased protective equipment. FIH Press Officer, Evan Alarf, was quoted as saying: “This ridiculous suggestion will ruin the sport of Hockey for years to come”.

Members are encouraged to add availability to the website for 11&12 June, where remaining league and cup fixtures will be settled via penalty shuffles at Bisham Abbey.
Preference will be given to those with experience of running penalties. Please email David Ellcock with queries

For those who don’t know one end of the stick from the other, the Reverse Stick revealed that the FIH had revised the rules on stick specifications, six years after changing the rules due to iffy sticks.

BREAKING NEWS@FIH_Hockey has announced the latest innovation to our game by revising the definition of stick specification in the 'Rules of Hockey'. This now allows stick manufacturers to commence the production of the 'double-headed' stick.
1/2 pic.twitter.com/dwFsFOzmqK

The Canterbury HC club shop marketing department has kicked into gear to produce a new range to its collection.

We're excited to announce a new range of #toiletrolls in @CanterburyHC colours 🥳. Club Shop Manager April Phoul said "With many members using toilet rolls as balls this is the natural extension to our kit range" #Greenandwhitearmy

Get in touch to order yours now! pic.twitter.com/97JIzN8o7a

Beeston men and women have both been crowned Premier Division winners, acccording to… Beeston HC. TIn a statement, the club quoted England Hockey as saying: “We decided that although all fixtures have been played in the Men’s and Women’s Premier Divisions, the simplest way to resolve Euro Hockey League qualification was alphabetical order.”

Did you come across any good jokes? Leave your comment below…