Inside Coaching: Two’s company, three’s a crowd in hockey 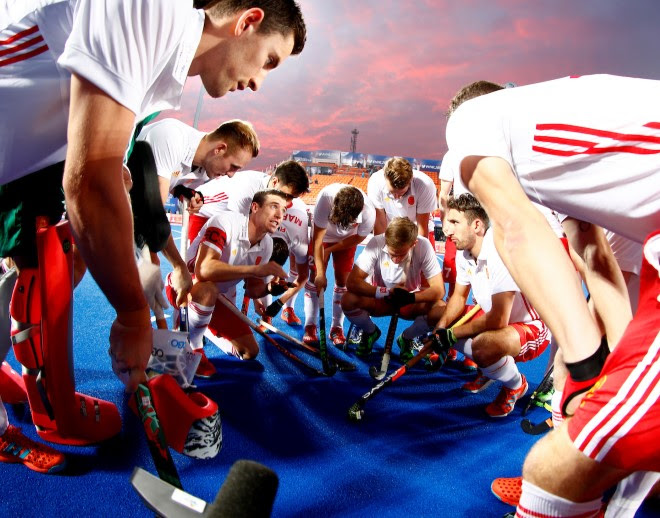 You’ve got a brilliant game lined up at training, an even number of players and then suddenly another player turns up, or even worse, someone gets injured. What do you do? asks Todd Williams.

Well, of course you can play with uneven teams, but you can add even more purpose to that depending on what you are trying to develop.

First of all, instead of one team just having one more player, you can play a game where either the attacking or defending team always has the extra player.

So, in a game of 4v4 with a team in red and a team in blue, you can have the extra player in an orange bib who is then always attacking or defending – whichever you want – no matter whether that’s the red or blue team.

This is really useful if you want to develop the relationships between players and a specific striker (who would be in orange). It’s also a good way of enhancing the effectiveness of one of your best scoring options as well as developing new ones e.g. a midfielder who isn’t converting as many chances as they should.

On the flip side, you simply might want to make the game tougher for the attacking team to score by having them outnumbered. Again, if you have an established striker, you might use a player to be their man-to-man marker, which will replicate the sort of pressure an opposition team might out them under.

You might also limit the extra defender to the defensive circle in order to increase the pressure and limit the time and space in that area.

This provides another option and 7v6 can become 5v5 with one team interchanging one player and the other having two. That same game can also of course be 6v6 where you rotate the resting player across both teams, giving you the opportunity to talk to all of your players about specific aspects of the game, aspects of their hockey in general or really, any topic of your choice.

Often we get fixated on players being constantly active and being involved but don’t forget that’s its often not a bad thing to have a player watch what’s going on and have them think about how they can improve their own performance or their contribution to their team.

It’s also a skill for players to learn how to come out of a game, listen to a coach and then (hopefully) implement the sorts of changes you need when they go back on.

The same benefit also applies to the coach as far as refining their ability to speak quickly and clearly to a player before they get back on to the pitch.

You can also operate a “sin bin” which sounds negative but you’ll be amazed at how positive it can be.

If you are trying to emphasise a particular aspect of your play e.g. accuracy of passing, start your game as say a 6v6 and nominate a player to start off. Then when the first pass is intercepted, the guilty party swaps with the player who started off.

This carries on with players moving between teams based on who they replace. As I say, it sounds a bit harsh but actually it becomes fun with players desperate not to be in the bin (NB: which achieves your aim) as well as players increasing their defensive pressure to put people in there (NB: another win).

Also, by standing next to the bin, the coach gets the opportunity to talk to the player about how and why they got there. Was it technique, was it their decision making or was it a bit of both? And most importantly, they can talk about what can they do to get better.

Then the coach can use their discretion to let players off the hook. For example, if the player coming out of the bin is intercepted looking for the sort of better option you’d been talking about, then letting them stay on is a great way of positively reinforcing their learning process.

Todd Williams’ coaching column is in association with Gryphon