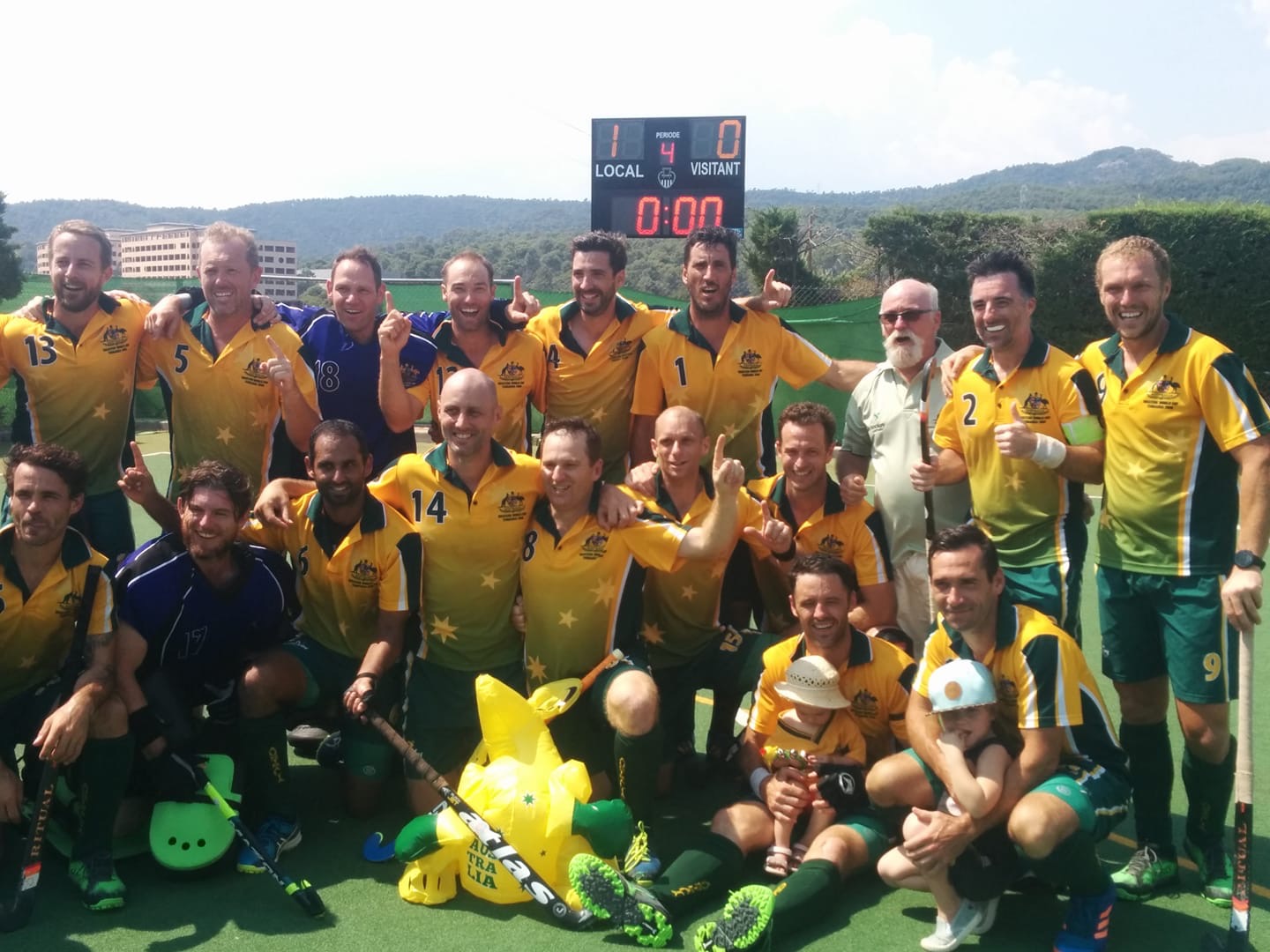 The competition has continued to grow with the introduction of over 75s in 2016, while over the same period the “younger” age group numbers had begun to decline.

In the mid 1990’s there were four divisions of over 40s with every Australian state represented. By 2010 that had dwindled to one division of six teams. The principle cause was the decreased longevity of players in top grade open hockey, with older players retiring early in their 30s. The transition from first grade hockey to Masters covered too many years. By the time ex-first grade players were eligible for the over 40s age group they had “retired”.

Between 2007 and 2010 there was an unofficial interstate rivalry competition between New South Wales and Queensland. The games were organised by a few friends in their mid-30s as a get together to reminisce and play some good hockey. This became the foundation for the growth of the over 35s competition. However, it was not an easy task, with many questioning the need.

The initial years saw the competition still falling outside Masters Hockey and the annual competition was increased initially to include Barbarian sides, where players from other states were approached to play. In 2011 the over 35s were included in the National Championships. Since then the competition has continued to grow with the standard of hockey improving every year.

Each year at the National Championships, international teams are selected for each age group to represent Australia. The over -35 team quickly established an expected high standard, which has continued today.

In 2018 the over 35s were included for the first time in the Masters World Cup, Barcelona to play six other countries.

The team selected had nine months of concentrated training with the tyranny of Australian distance meant they only had had one training weekend where all players were able to attend.

The international tour commenced with a week-long training camp in Holland which culminated in playing an invitational Oranj-Rood side, which included current Dutch International Mink van der Weerden.

The 2018 World Cup level was a very high standard with games played at high speed and with great passion. England and Australia played in the gold medal match with Australia prevailing 1-0 in a very tight match.

The Hockey Paper features Masters hockey in every edition. Subscribe in print or in digital format.