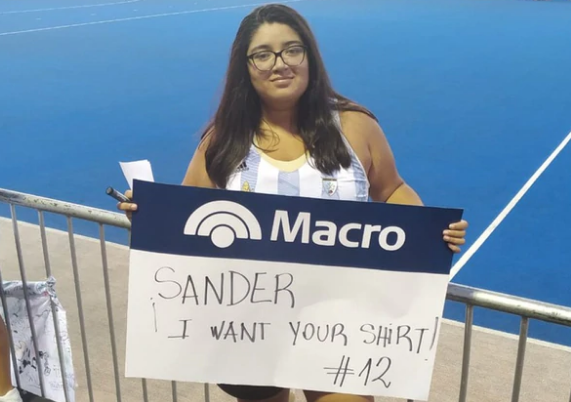 The Dutch player responded to a photo an Argentinian fan had posted online asking for the shirt of her boyfriend, Dutch player Sander de Wijn, at the recent Pro League clash.

The Kampong player called the fan a “fat troll”, adding: “It would have been better if a skinny Argentine woman had this.”

De Wijn apologised for the matter and said that the message from Van Laarhoven had been intended as a private message to him.

The FIH said: “Respect is one of the core values ​​of our sport and must always be present.”

The fan subsequently received support from the hockey world, with Argentinian Majo Granatto writing on social media: “No one deserves to be attacked in this way.”

The Dutch hockey federation had previously stated that it was “distancing themselves” from the message following the furore.

“The Dutch teams love the atmosphere in Argentina and all Argentinian fans. We look forward to playing many more matches for this audience,” it said on Twitter.