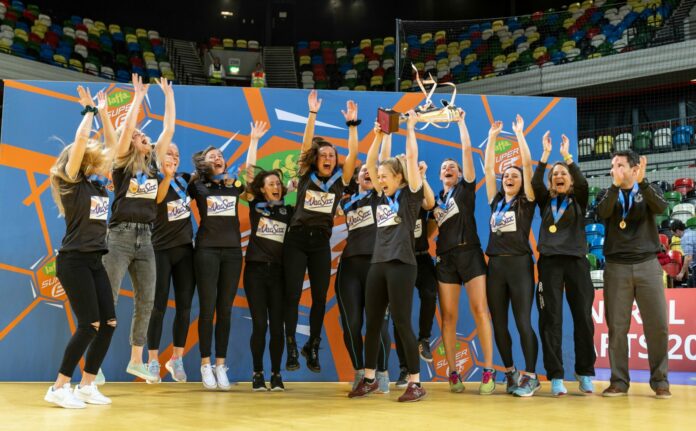 Two-goal hero Lottie Porter says Buckingham will be dancing into Europe after their indoor hockey team sparked the club’s greatest day by lifting the Super 6s title at the Copper Box.

Buckingham, last year’s runners-up, first beat defending champs East Grinstead, then edged past Bowdon Hightown 4-3 in the final to claim an inaugural place in Europe for next season.

A delighted Porter said: “It’s an amazing club, we do dance routines off the pitch and we just want to have fun with it.

“We can dance into Europe now and we have two amazing routines to go with it. We can’t wait.”

Their enthusiasm for the indoor game has once again been down to their coach Zak Jones, who has built the club’s foundations over the last 15 years.

Porter fired Buckingham into an early lead with a smart finish before the dangerous Sally Walton struck back shortly after to level things up. Rebecca van Arrowsmith tucked home to restore parity before three goals in as many minutes set the final alive.

Porter grabbed her second before Hannah MacDonald and Charlene Mason tied up the final. But heroic defence from Buckingham kept Bowdon at bay, leaving Abbie Brant to find a last quarter winner and spark wild jigs on the final hooter. 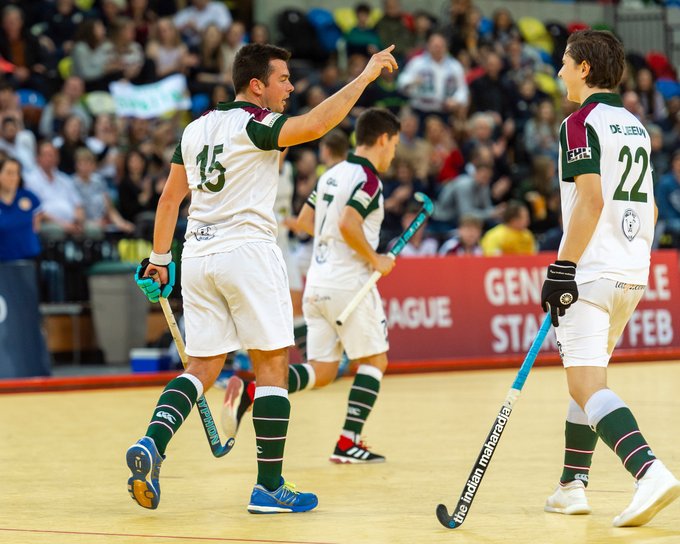 Surbiton then regained the indoor title and their place in Europe courtesy of a 3-2 win over Holcombe, seeking their first national title.

This was Surbiton’s second in four years and they achieved the mark with goals from Rob Farrington, Arjan Drayton-Chana and Ben Boon. Although the shift put in by Holcombe’s players never made it easy for Mark Pearn’s side.

Holcs had earlier reached the final by ending perennial title winners East Grinstead’s assault in an edgy 4-3 semi-final victory which threatened to spill over.

Surbiton, meanwhile, were on top form in beating Wimbledon 6-2, which included a wonder goal from William Marshall.

The Hockey Paper will have a full report on the Jaffa Super 6s in our next issue. Read your game!