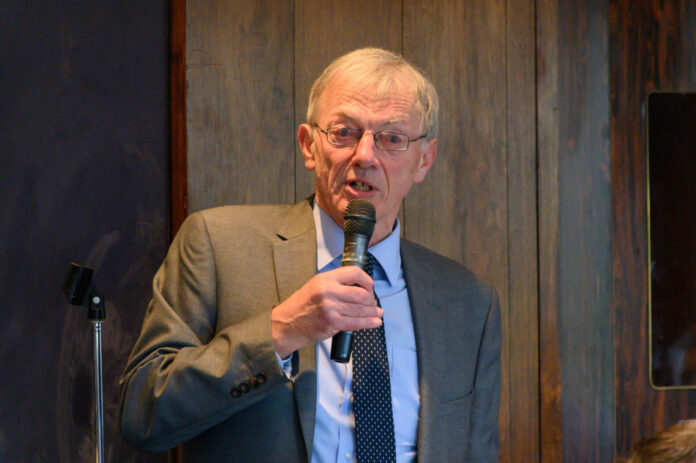 It is with great sadness to report the passing of Charlie Randall, the Hockey Writers’ Club (HWC) chairman, who died after falling ill with pneumonia last week.

Charlie was a long-serving journalist at the Daily Telegraph where he reported on county cricket for several decades before covering hockey for three years at the paper.

He also reported on schools hockey for The Hockey Paper and was elected chairman of the Hockey Writers’ Club where he succeeded the late Graham Wilson.

Charlie oversaw the HWC youth and junior awards in recent years. This was no easy task as he sought information on players and candidates from school and club coaches across the country and choose young players who shone both on and off the pitch.

He was a regular fixture for Radlett CC’s 1st XI – joining as a member in the mid 1960s – and was also vice-president of the cricket club. A keen golfer, Charlie had great humour and the ‘Bar Room Bore’ section on the self-titled website he once ran was always full of superb cricketing anecdotes.

Charlie held a deep love for print, highlighted in a speech at the HWC presentation lunch in January. There, he told of his dismay at how Team GB women’s Rio gold was left out of the Telegraph’s moments of the decade – despite the sport being a regular fixture in the paper over the decades.

He was moved to speak to former colleagues on the paper, who admitted that the omission had indeed been an oversight.