Five years ago at the Hockey Writers’ Awards, Lizzie Neal was asked about her aims after winning the junior prize. “My ambition is to play at the 2020 Olympics – maybe if that’s a bit early, the one after,” she said at the time.

The Tokyo Games are now coming into view – as is the FIH Pro League – and Neal, 21, is also in the frame to make that ambition an early reality after a debut year in the GB women’s programme where she has prospered under coach Mark Hager’s stewardship.

As Neal looks out over the Lee Valley pitch recalling her career influences and her rise to the international ranks, it seems that she has always stood out early on the scene, even if she thinks she has sometimes jumped the gun.

She was a dual sport talent from a young age, starting hockey in Year 3 and cricket at Year 4, while the latter took priority when she played for Canterbury 1s in Year 10. “I miss cricket but it was a great decision as look where I’ve got at the moment,” she confidently tells The Hockey Paper.

Indeed, she made her international debut in GB women’s first ever FIH Pro League game against New Zealand before scoring her first senior goal against China soon after. It is a goal which will be forever etched in her memory, rather like the winning one she still cherishes for Kent College at the under-13 schools final.

Her form then set her on an early path to the Canterbury senior team, but she had to wait for her moment and so she signed up for a season of ballgirling – and urges all juniors to do the same. 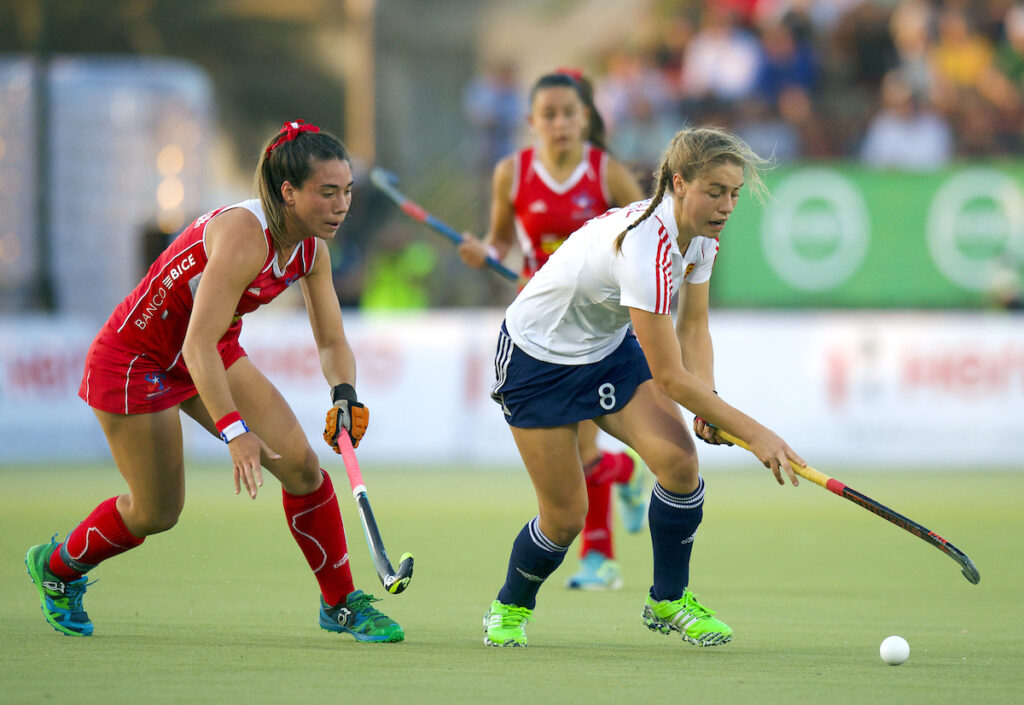 She says: “I enjoyed it when I did it. I saw the fast-paced game they were playing and I wanted to be out on the pitch joining them. Some of the goals they were scoring, I was like ‘wow, how are they doing that!’”

There seems to be less incentive to watch 1s hockey in the current English set up and Neal concurs. Ballgirling, she says, simply gives something back to the club.

“The teams need it and I see how beneficial it is even for the matches I play now,” she adds. “Getting involved in the club environment, it’s not an essential part, but if you want youngsters there you have to give them some entertainment and ballgirling provided both for me.

“Holland is such a different environment where they are on the pitch at half-time and you wouldn’t see that here. We can change a lot and learn from what they do in the sense of getting juniors involved.”

Yet, she adds, it is a difficult balancing act due to their own commitments and “not being able to have the time to watch the top players in their club”. For Neal, time spent on the sidelines was short lived. When she turned 15 she played her first national league match and duly scored against Olton and West Warwicks.

The same year she won the Hockey Writers’ Award in 2014, former Canterbury star Grace Balsdon told me of an emerging player who had “fantastic fight and grit you see in few people”.

Neal was that player and it is clear that from her ballgirling vantage point, she took in the likes of Mel Clewlow and Jen Wilson battling opponents with their physicality and sheer will to win. “Jen taught me to be so gritty and ruthless. I started up front when I was there, being chucked in there and the senior players directing me. I didn’t have to focus too much, I didn’t have to communicate,” adds Neal. “Jen told me to enjoy it, take everything in your stride and not to worry too much about how I was playing.”

Clewlow was also a key figure. “Jen was the coach but I looked up to Mel in the team. The way she plays is very composed and I always wanted to have that in my game. I’m still developing that now,” she says.

“At this level you have to have physicality and you wouldn’t get away with being light on the ball. It’s what you have to have in this sport. As a school girl you don’t expect it but suddenly you are thrown into it and I’m like ‘C’mon, don’t be thrown off the ball unnecessarily’.”

Neal left Canterbury for her university studies and is now in her final year in sports management at Loughborough University, where she will have another season with the Students.

Asked if she would return to Canterbury, Neal says she would love to don the green and white once more but admits that “I don’t know where my life will be when I finish at Loughborough”.

Yet, her life right now certainly has direction. A GB career for this most confident of characters has only just begun.

This article has been adapted from our November print edition