A leading coach and two-time Olympian has called for immediate changes towards safety in the sport at junior level after expressing fears that the reverse stick hit could lead to a fatality.

John Shaw, who played at the 1992 and 1996 Olympics, has coached full-time in hockey since 1991 and believes the game has never been more dangerous at grass roots level.

“I love the involvement but I’m seriously worried that the game is all over the place,” said the 57-year-old.

Speaking to The Hockey Paper for our December issue following Sam Ward’s injury and two tragic training pitch accidents in recent years, Shaw warned that there could be dire consequences if the rules are not looked into, including the increasing dangers of the reverse stick hit.

“It is a coconut shy and we are just waiting for the next death,” he said.

“When it comes to safety we have to change fast and make some strong decisions. It’s a necessity.

“We all know the game is dangerous but it’s a darn sight more dangerous now.

“Awareness levels are wrong and we need different rules for kids playing the game.” 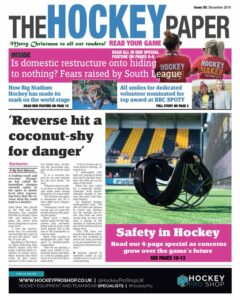 Shaw cited a faster, harder game for the hazardous play currently being seen at grass roots level, mainly due to the rise of the tomahawk or reverse stick.

Shaw, who coaches at Southgate HC, said: “Our sport is fundamentally responsible.

“But we are playing a game now which is potentially lethal and there is a risk by putting players in at a low level [for a stick shot].”

“A lot of people say reverse stick is exciting – of course it is. I understand why kids are copying it [from elite level], but they don’t have the skill set on the edge of the stick.”

Shaw has now called for a respected hockey collective with knowledgeable insight to discuss the issue with England Hockey.

An England Hockey spokesperson said: “We ask all clubs and players to report any injuries via englandhockey.co.uk/injurymonitoring and from our most recent data we have not seen a change in the number of injuries from use of the reverse stick at junior level.

“The FIH have not raised this with us either, but we will continue to review the data provided to us and amend our regulations if deemed necessary.”

Our safety in hockey coverage

In our December issue – only available to subscribers – we produced a four-page special following overwhelming feedback from readers on the subject. A majority of responses centred on problems at junior level, which led to our front page story with John Shaw’s comments above. We also published a selection of readers’ emails, along with several stories on how safety is viewed in the game from hockey’s authorities. 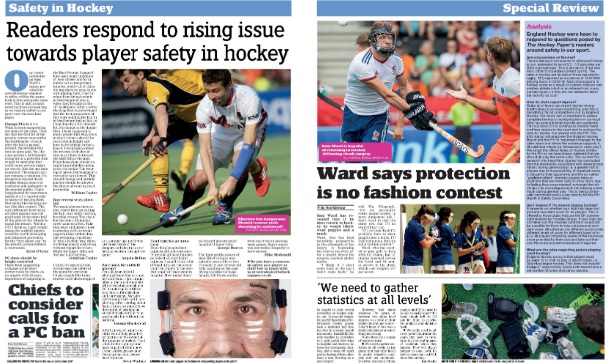 Our coverage will be the first in a series of articles we will publish in 2020, with concerns growing from coaches across the country. We will be publishing more advice from leading figures as to how the game can be made safer at junior level as well as continuing to probe the sporting bodies and to ask whether the game as a whole is safe to play. It will be essential reading for parents, grass roots clubs and juniors with a passion for the game. 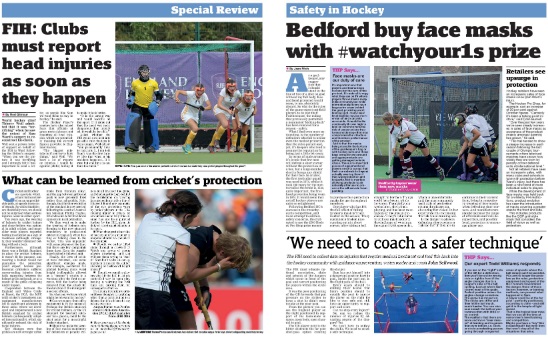