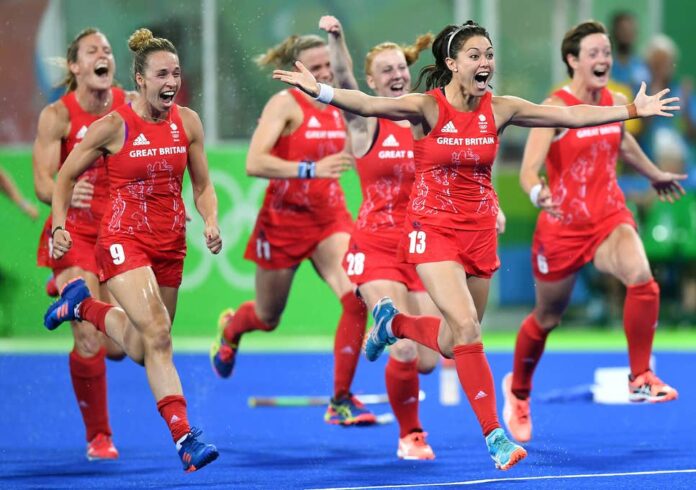 Summer Olympics is considered to be the biggest event in sports. After Rio de Janeiro, upcoming Games are going to be hosted in Tokyo, Japan from 24 July to 9 August 2020.

One of the sports that is going to be the most exciting to watch at the Olympics is surely – Field hockey. Best National teams will compete for the medals yet again and all matches will take place from 25 July to 7 August at the Oi Seaside Park.

Twelve teams for both men and women will take their sticks and give their best to reach the final stages and make their Nation pride.

Japan, although a continental champion is also qualified as host. Reigning champions from 5 continents automatically qualified as Continental Champions. Remaining six places were filled after the Olympic qualification event and their current form can be found on leading sports betting sites that will help get a better clue on what to expect. One is for sure; it will be a fierce battle till the end.

The competition will begin with a preliminary pool phase and the best teams will progress into the knockout stage and compete for the medals and the title.

History of the Hockey at Olympics

1908 Games at the London is when Hockey became an official Olympic sport. Only six men’s teams competed and England won the gold medal that year. Women did not compete at that time.

The most successful country with eight gold medals is India, and all the medals were won by their men national team in the years between 1928 and 1980 but since then failed to make a bigger impact. In the last decades, most impressive national teams came from Australia, Germany, the Netherlands, Great Britain, and Argentina who made a big impact in the last 2 tournaments.

At the last Olympics in Rio 2016, Argentina men shocked the world and won the first-ever hockey gold medal for their country after their women team always had podium finishes at four successive Olympic games from 2000-2012.

Great Britain women squad, after a bronze medal in London 2012 stepped up and won first-ever gold for Great Britain. They will be one of the favorites at the upcoming 2020 Tokyo Games.

As mentioned before, Japan is qualified both as host and continental champion, as winners at 2018 Asian Games

Favorite number one at this Games is 2019 Pan-American games champion- Argentina. They defeated Canada 5-2 for the gold medal and qualified directly.

Spain defeated France, Netherlands defeated Pakistan and Canada defeated Ireland in Olympic qualifications and these three countries will have a chance to represent their countries and compete for the medals.

Like the men, Japan women are also reigning Asian Games champions. They are, of course, also a host.

Argentine women continued their domination in the last two decades, winning over Canada 5-1 in the 2019 Pan-American Games final. They are one of the favorites like their men countrymen.

Other continental champions are South Africa, the Netherlands and New Zealand.

In Olympic qualifiers that took place in 2019, Spain defeated Korea, China defeated Belgium and Australia defeated Russia and these national teams will represent their country in Tokyo at 2020 Games. Detailed info regarding the games & teams can also be found at the Tokyo 2020 website.

Argentina’s men are defending Olympic champions and looked good at the Pan American Games, winning over Canada in the final 5-2.

They were really good, but Argentina’s women were even better, beating Canada 5-1 in the women’s final to qualify directly for the 2020 Tokyo Games.

The women’s team has won four Olympic medals including silver at Sydney 2000 and London 2012. They are determined to make another Argentine double act at the top of both podiums in Tokyo and maybe take home gold this time.

The silver medalist from Rio 2016 is ready to go one step further and it seems like they forgot about final defeat to Team GB on penalties. They improved since then and now are one of the most exciting teams to watch, considering that they have amazing offense with solid defense to counter every nation.

They are ranked No.1 in the world. The Netherlands is coming to the Olympics in a winning zone after they obliterated Ireland 6-0 in the final of the 2018 Women’s World Cup and emerged victorious in the 2019 EuroHockey Championship too, recording some amazing, eye-catching results.

The Dutch women defeated Russia 14-1 in the preliminary round, ended English hopes in the semi-finals with whopping 8-0 win and defeated Germany 2-0 in a tight match to lift the Cup.

They showed some weaknesses also over this stretch. Spain held them to a 1-1 draw at the Euros – as did Belgium, and Australia handed the Netherlands their only defeat of 2019 in a 1-0 win in Melbourne.

Nevertheless, the Dutch are the team to beat and stand as favorites against everyone except Argentina. But because this is the Olympics, where every team gives their absolute all, it should not be a surprise if someone else take their chance and shocks the world against some of the favorites. Such things happen in all sports all the time, and that is why we love it so much.

When is the final?

The men’s bronze and gold medal matches will take place on Thursday, 6th August and the women’s on Friday 7th August.