England enter their first major tournament at the EuroHockey since exiting to Holland in London last August at the quarter-final stages, with hopes of rekindling the form which saw them land the Euro title on home soil in 2015.

And England will head to Antwerp desperate to atone for last summer when they hosted the World Cup tournament, with Pearne-Webb suggesting there were no other reasons for their below-par displays other than an inability to score.

She said: “We didn’t play badly. We lost one game and we just struggled to convert our chances. The first game was crucial and if we hadn’t drawn [1-1 against India] it could have been so different. It was disappointing over how we did as it was such a massive opportunity.

“Personally you feel so guilty that you’ve let people down and you haven’t done as well as you or they would have hoped.” 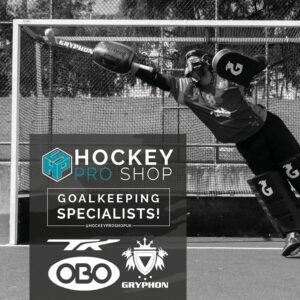 Pearne-Webb and Co went back to Lee Valley for finals weekend even if they would rather have been anywhere but the venue for their last eight defeat to the Dutch.

“We have been in a worse place and learnt a lot of lessons from that,” said the defender. “It was incredible to see how hockey has grown and then at The Stoop. You see the difference now to how it was when I was watching the seniors as a junior myself. You feel proud to be a small part in that.

“I was at the Champions Trophy 2010 in Nottingham and it wasn’t on TV. We followed it with England under-16, 18s and being sent the goals they had scored through the year. But your friends at school wouldn’t know or speak about it, whereas now I think hockey is now everywhere.

“To see them [supporters at the World Cup] and embracing you was helpful at the time. It did take me time to get over the World Cup but that is fuel for what we want to achieve over the coming months.”

Pearne-Webb mixed her latest batch of accountancy exams with playing in the first FIH Pro League and admitted it was a “challenging” time with an evolving squad.

“The overriding thing was to have regular games and by the end of it we came away so much more confident, especially with the final two performances,” she said.

“It feels like everything is coming together and we are now really positive and hopefully we can make some rapid progression.

“There are moments when you get frustrated before you see the big picture. I remember the first weekend with our double header against Argentina and Belgium, it was a really positive weekend. It was the first time where I felt we were doing some really good passages and after that it was about building up and trying to eliminate the little errors that were costing us goals.”

While England’s defence is slowly getting back to its world-beating best, Pearne-Webb says that the forward-thinking coaching of Mark Hager is paying dividends.

She said: “Mark’s background is as a forward and he is bringing a lot of skills and expertise in that area. After the World Cup we were strong defensively and weren’t conceding many goals but we were struggling to score. 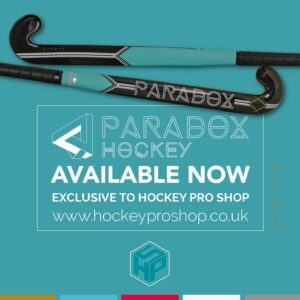 “It will take time for those to come to fruition but looking at the Pro League games we are scoring more goals. It’s about tightening up the little mistakes either end. Competition is now high and everyone is being kept on their toes.”

The EuroHockey Championships will confirm whether Great Britain can qualify outright for the Olympics (England need to win) and Pearne-Webb predicts a strong performance from her side in Antwerp.

“We want to qualify for the Olympics as soon as we can, our aim is to go to the Euros and win it to qualify,” she added.

“You can’t write any team off, the Euros are so strong and there are no easy games. Everyone will be fighting for that place. We did it in 2015 and we have got confidence in those one off games.

“And if we come and everybody turns up, we can apply the game plan and get the results we want. We can beat the Dutch on the day, and we know we can do it.”

Get ahead of the new season! Subscribe by Sep 1 to receive next copy!