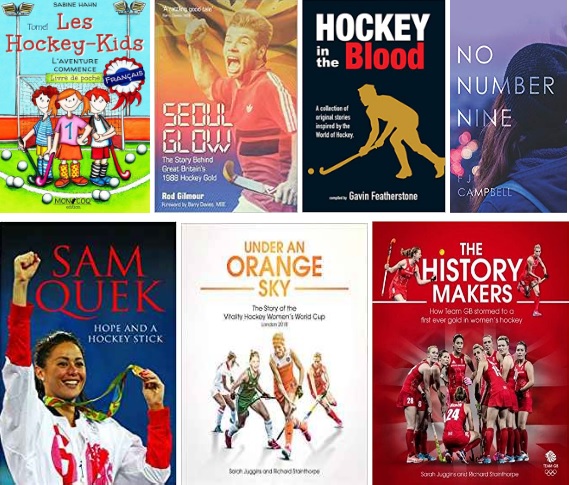 It’s not all coaching material; the influx of hockey stories has never been healthier. As this essential 2018 list shows, there is something for everyone this Christmas

Lena, Max and Lars are The Hockey Kids. Aimed at primary school children, the author charts an adventure of friendship, school and, of course, hockey.
(The Hockey Kids by Sabine Hahn, from £14)

Written by The Hockey Paper‘s editor, Seoul Glow tells the story of GB men’s Olympic victory in Seoul, 30 years on. The author tracks down all 16 players as they recount the struggles and tales which paved the way to gold under their manager Roger Self.
(Seoul Glow: The Story Behind Britain’s First Olympic Hockey Gold by Rod Gilmour, Pitch Publishing, £19.99)

Outspoken, courageous and funny, the gold medal-winning Olympian gives readers an insight into what it takes to become an elite sportsperson via humble beginnings in Liverpool to missing out on Olympic selection to ultimate Rio delights.
(Hope and a Hockey Stick by Sam Quek, Pen and Sword Books, £16)

After the success of History Makers, authors Sarah Juggins and Richard Stainthorpe are back to capture all the twists and turns, including the marvellous Irish story, at the 2018 Women’s World Cup.
(Under an Orange Sky: The Story of the Vitality Hockey Women’s World Cup, Pitch Publishing, £25, published Dec 3)

Another author follow up, this time from long-serving coach Gavin Featherstone who comes up with another entertaining romp through all levels of the sport, including a chapter on a reverend charting his story from England Schoolboys to injury.
(Hockey in the Blood by Gavin Featherstone, Amazon, £14.95)

A story about grief, family conflicts and first love, with a dramatic background of hockey and the 2000 Sydney Olympics. A fun and quirky read.
(No Number Nine by FJ Campbell, Troubador, £9.99)

The coffee table picture book of GB women’s Rio Olympic win still resonates more than a year and one Christmas on after initial publication.
(The History Makers: how Team GB Stormed to a First Ever Gold in Women’s Hockey, Pitch Publishing, £19.99)