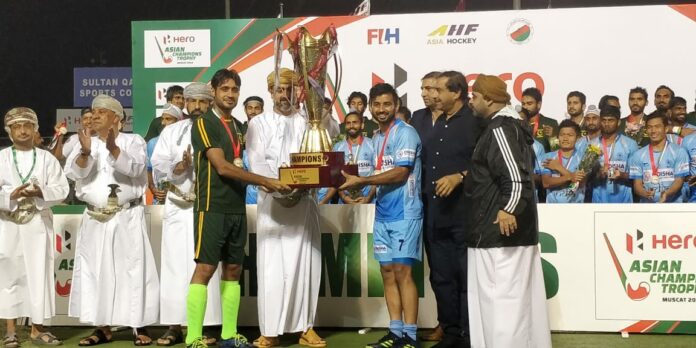 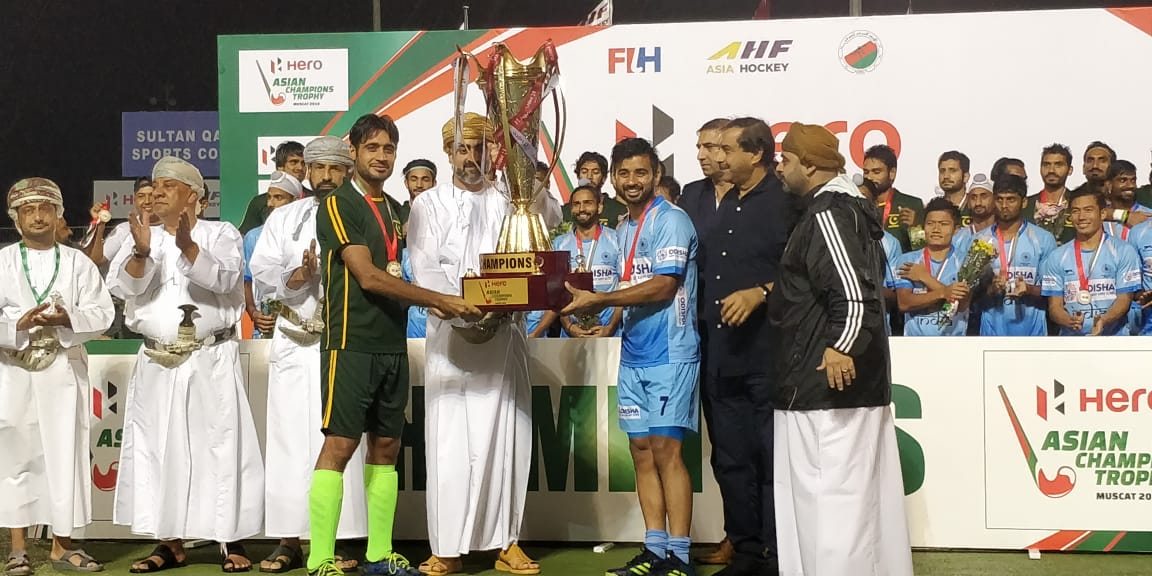 The chance for one of India and Pakistan to gain bragging rights ahead of next month’s men’s World Cup was scuppered by bad weather on Sunday.

Rather than officials declare India the winners following their earlier success over Pakistan, both teams were declared joint winners of the Hero Asian Champions Trophy Muscat 2018 after the final was abandoned.

India had been looking to defend their title which they won back in Kuantan, Malaysia in 2016 when they beat their arch-rivals Pakistan 3-2 in the final.

India, the world No 5 side, had entered the final in Muscat as favourites after securing their passage unbeaten through the week, with five wins and a draw in their six matches. 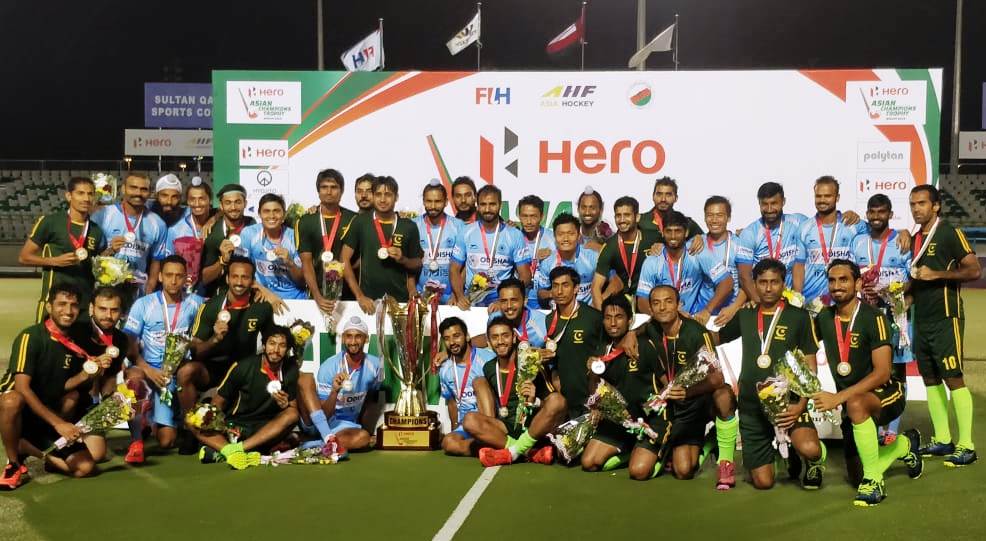 They then beat Japan again 3-2 in the semi-final. Before Sunday’s final they had scored 30 goals across the six matches, with Harmanpreet Singh top scoring with six goals.

Earlier, Malaysia finished in third place follow a 3-2 win over Japan in a shoot out after the scores remained 2-2 at the end of regulation time.

It was the first tournament for Malaysia under new coach Roelant Oltmans, who recently left the Pakistan set up.