All four states recorded wins on a dramatic Sunday in the Australian Hockey League (AHL) where James Dick’s last-minute PumpPlay goal for the Tassie Tigers clinched a thrilling win over the NSW Waratahs 5-4.

Elsewhere, the Canberra Lakers stunned the Queensland Blades 5-2 in the nation’s capital, with braces from James Day and Garry Backhus.

In the women’s, the NSW Arrows remained top of their pool with an 8-1 win over the Tassie Van Demons in Hobart, while the Queensland Scorchers bounced back from their opening round loss to record a 5-1 win in Canberra over the Strikers.

Canberra hosts NSW in the capital next weekend, while Queensland entertains Tassie in front of an expected sellout crowd in Brisbane. The AHL Finals are due to take place on the Gold Coast from 25-28 October.

The NSW Arrows are top of Pool B after Grace Stewart led them to a healthy win away to the Tassie Van Demons at the Tasmanian Hockey Centre on Sunday.

Jess Watterson opened the scoring in the first quarter with a converted field goal.

Kate Jenner doubled NSW’s lead with a 26th minute penalty corner goal, before Stewart made it 5-0 on the stroke of half-time with a converted field goal.

The third term was more even, before Sarah Johnston added a sixth from a short corner, before Stewart grabbed another two.

In the dying stages, Tasmania netted a consolation from Samantha Lawrence.

The recalled James Dick scored a last-minute PumpPlay goal to secure a thrilling 5-4 win for the Tassie Tigers over the NSW Waratahs at the Tasmanian Hockey Centre on Sunday.

Nicholas McEwen had netted a second minute short corner for the visitors, before Ben Read squared it, only for Jack Hayes to restore NSW’s lead before quarter-time.

Sam McCambridge scored a converted field goal to make it 3-2 at the start of a chaotic final quarter.

Hayes levelled and then took his conversion with five minutes left to put the Waratahs ahead again.

But Dick had the last laugh, when his 60th minute short corner goal settled the contest, with Tasmania taking their PumpPlay when their goals were worth double.

The result sees Tassie move clear on top of the pool after back-to-back wins.

The Queensland Scorchers have bounced back from their Round One loss in Sydney to record a come-from-behind 5-1 win over Canberra Strikers at the National Hockey Centre on Sunday.

Tina Taseska put the hosts ahead with a 10th minute goal from a penalty corner. 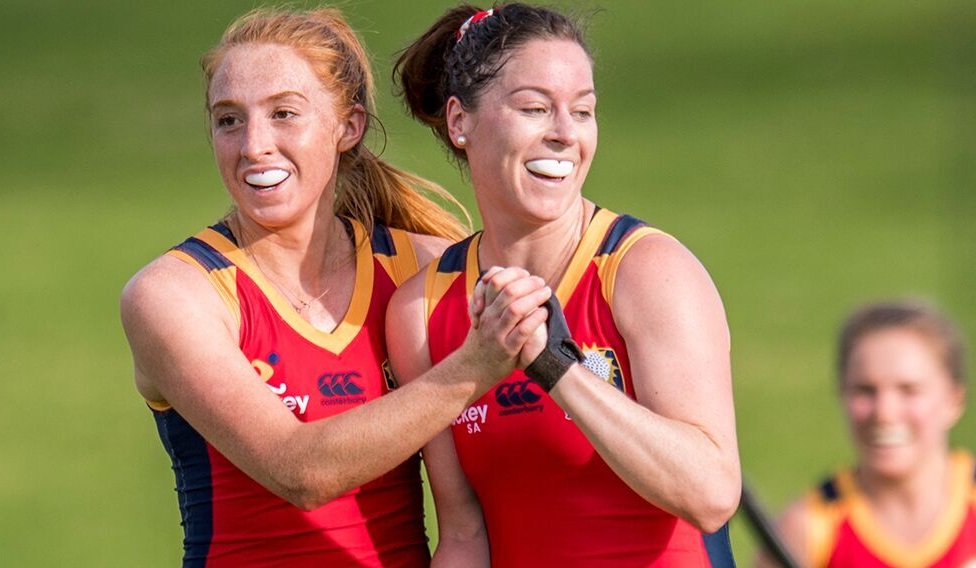 Queensland levelled through Hockeyroo Renee Taylor in the 22nd minute although she failed to score her conversion attempt.

Taylor made up for the miss when she scored a penalty stroke in the 40th minute.

Rebecca Greiner, who netted the first-ever PumpPlay last round, did it again with a 60th minute strike, before taking the conversion to seal a big win.

James Day and Garry Backhus scored doubles as the Canberra Lakers produced a 5-2 win over the Queensland Blades in Sunday’s Australian Hockey League clash at the National Hockey Centre in Lyneham.

The Lakers were always in control with Day scoring a second minute penalty stroke, which under the new rule introduced this week, allowed him a conversion attempt which he took to make it 2-0.

Queensland, minus several Kookaburras away for the pre-World Cup national training camp in Perth, pushed for a reply but it remained 1-0 at half-time.

Backhus made it 3-0 in the 40th minute with a field goal, which he converted to pull the lead out to four goals.

Oliver Crane netted a converted field goal for the visitors to keep the pressure on late, making it 4-2.

But Aaron Kershaw settled the contest with a 54th minute goal from field play, although he failed with his conversion attempt.