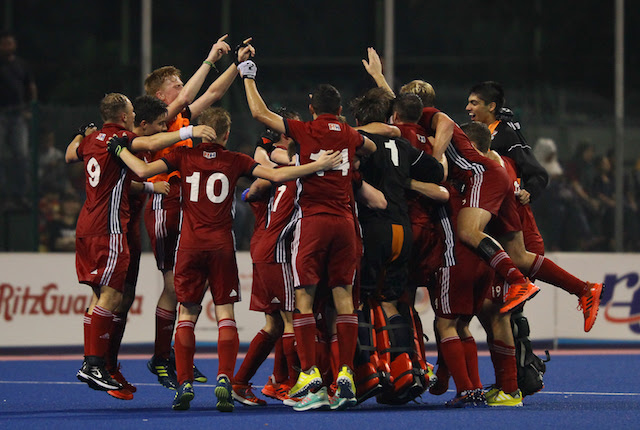 Great Britain men’s under-21 side won their second Sultan of Johor title on Saturday after holding off a late surge from India to prevail 3-2 in Malaysia.

India had more possession, circle penetration and penalty corners but a stoic performance left GB with their first title since 2015.

Two goals from James Oates proved the difference after the Hampstead & Westminster midfielder struck twice in the third quarter, assisted on both occasions by Cameron Golden, who finished the event as Britain’s top scorer with five goals.

That came after Daniel West had equalised for the 2015 champions after Gursahibjit Singh’s fourth minute opener, which followed a stunning flying save by Ollie Payne Sultan of Johor title to keep out an early Mandeep Mor corner flick.

Payne was later handed goalkeeper of the tournament, while Oates was given player of the match.

Abishek’s brilliant reverse strike dragged India back into the final with five minutes remaining but Britain’s defence – the meanest in the tournament, conceding 11 times – held firm as Jon Bleby’s side went one better than last year’s silver.

Golden almost grabbed himself a deserved goal in the dying moments but was denied by Pankaj Rajak, although it was not to matter as his side became the third team – alongside India and Australia – to win the tournament on two occasions.