The Euro Hockey League provided plenty of entertainment as teams aimed for a last 16 place. Ulimately, it was the Irish side which left Barcelona with the plaudits

With around one minute left of Three Rock’s second crucial match, Luke Madeley was feeling the heat. The Irish were 1-0 down and Madeley was approaching the bench trying to be subbed as they searched for a late goal. A late PC was awarded and Madeley stayed on. “I was pretty tired alright; I am not going to lie!” he said. “I just got myself back on and the lads were able to win that corner and I just did my job.” The draw – and Madeley’s goal – handed Three Rock an EHL lifeline.

Goal of the weekend

BOOM. A rocket from Roper, as Wimbledon are running riot.

Image of the weekend 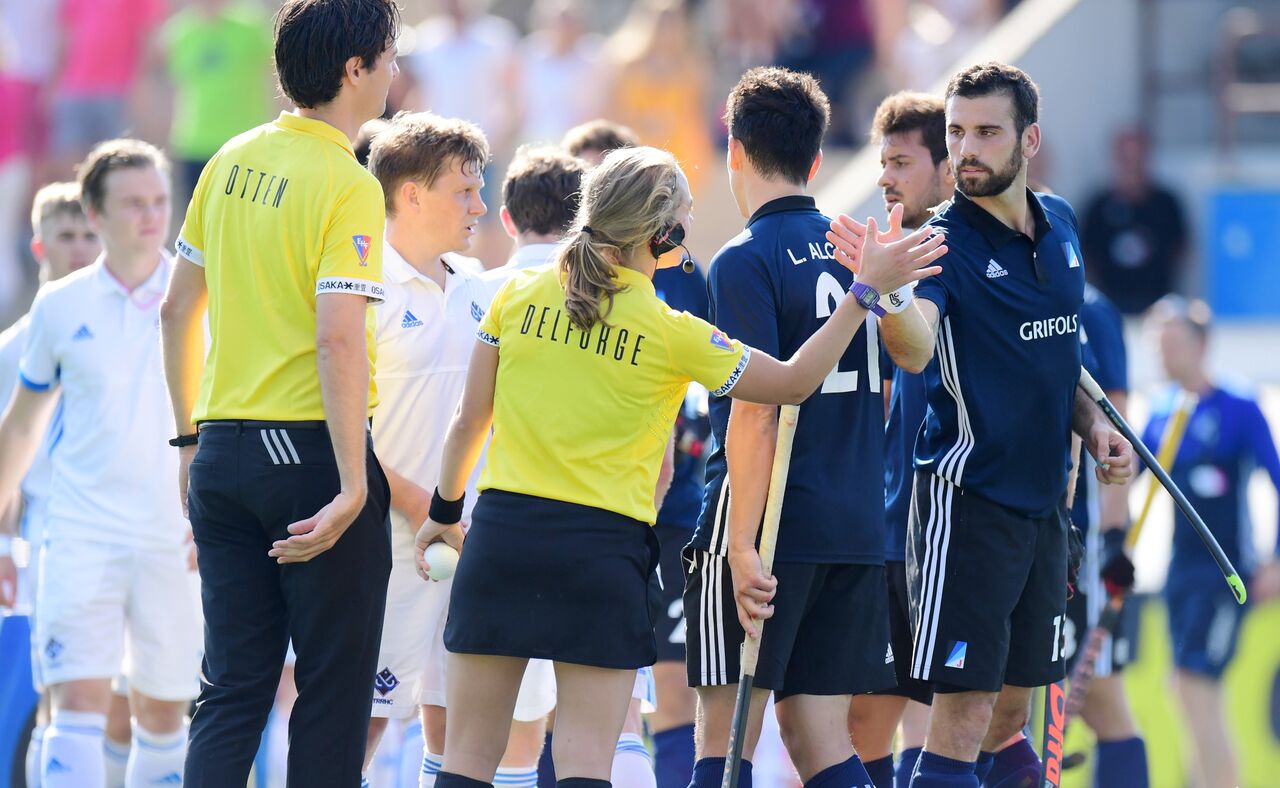 Michelle Meister and Laurine Delforge became the first female umpires to officiate in the EHL at ROUND1 in Barcelona PIC: World Sport Pics

“You dream of playing in the EHL; it’s why you push so hard in the Irish league. When you get here, you have got to make the most of it.
Three Rock Rovers’ Luke Madeley

“Lucky me that I scored the two goals but they are some of the easier ones; EHL is always a highlight for us, even if it is the first round.”
Austria’s Oranje-Rood star Benjamin Stanzl against his countrymen SV Arminen

Wimbledon have enjoyed relative success – in terms of their other English rivals – yet the draw continues to be unkind to the Londoners. Amsterdam at the Wagener Stadium in 2016; then eventual champions Bloemendaal in 2017/18 season; and, at the weekend, Mannheimer HC. They had beaten the Gemrnans on their way to the FINAL4 a few seasons ago when they also had to beat UHC Hamburg (the most successful EHL side in history) – two months after their season ended! Will the Londoners – or any other English club for that matter – be in such a position when the Pro League launches and the domestic season further hinders their progress?

Performance of the weekend

Yes, it’s Three Rock Rovers again. They produced the biggest win by an Irish club in EHL history as they raced past Racing Club de France 6-0. It was 1-0 at the break and TRR’s Mitch Darling admitted that late goals “sugar coated” the result. But those crucial goals paved the way for their last 16 berth at the expense of Junior, the local hopes.

Staying to the last

With Three Rock playing both their matches on the opening two days and their pool going to the wire and Junior needing six to win through, there was one scenario which could have seen TRR’s players back on the field: a shoot out. According to the Irish Times, six players missed their flight and stayed put in Spain as Junior came close to the tracksuits being taken off.