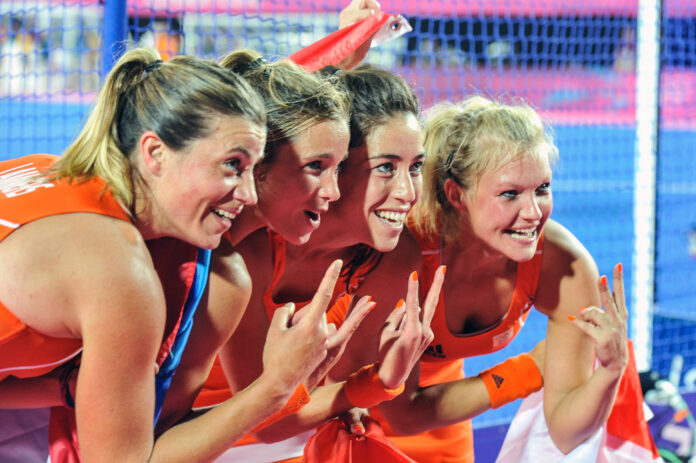 New to the game or an amateur wanting to learn from the best? The Hockey Coach, Todd Williams, takes you through what to look out for at the Vitality Women’s Hockey World Cup

International hockey is fast. Sometimes though it might not seem as quick as it is. If, for example, your seats are not that close to the action, you can miss all the sounds of the ball fizzing across the pitch or hitting the stick that help tell you how quickly it is going.

You also miss the proximity to the players that tells you how fast they are moving or the power they are exerting in taking off or changing direction. Then there’s the same sort of relative increase in speed of player and ball that you see at Wimbledon, which allows all of us novices to believe that we could make shots that a pro misses, which seem to be so simple.

What we aren’t taking into account is that the speed of the players is making the pace of the ball look slower than it really is. As a tennis pro said to me once, “it might not look that way, but most volleys you see at Wimbledon are below the level of the net, it’s just that the players make them look much easier than they are”.

Then there’s the speed and skill level of the game to take into account. Yes, you might have been able to trap the simple ball that has just nutmegged a defender if that was the only thing you had to worry about, but could you have done it after you’ve been sprinting flat out trying to stop one of the world’s fastest forwards from eliminating you whilst also trying to intercept passes to your left and right to players you know are in scoring positions?

So, if you do find that your seats are in another postcode to the pitch, see if you can get pitch-side for a few minutes for the warm-up. Every team will finish their routine with penalty corners (PCS) and a small game before the opening whistle and getting near the fence for either will give you a really good feel of just how quick it all happens at this level.

One difference between the men’s and women’s international game is that you’ll likely see a higher number of penalty corner variations at this World Cup than the men’s event later this year. You should be in no doubt just how much time goes into perfecting these moves and how much scrutiny coaches put their opposition defences under.

Hours and hours are spent looking at defences and defenders, looking for that all important space or weakness to exploit. For defenders, the challenge is to deal with the threat of the direct shot and any rebound, knowing that there’s a high chance that the attacking team is going to come up with some move to try and utilise their numbers’ advantage.

With so much time and effort spent on attacking and defending PC’s, it’s no surprise that these are probably the most intensive situations you see in an elite game and whether you’re an attacker, defender and even an umpire, it’s no place for the faint-hearted. You can think of it a bit like an endzone in American football – in this case the quarterback is usually a player at the top of the circle trying to find a receiver for a deflection.

But, of course, the goal is much smaller and there as many as 12 players in a space in front of goal about five metres long and no more than eight or so metres wide. Except for the goalkeeper, there is no padding or helmets that the American footballers have, just face masks and gloves for the defenders while the attackers don’t even have that. So, if you’re still shaking your head at Neymar rolling around like a freshwater trout on the riverbank and want to see real bravery and commitment, then this is where you’ll find it.

Most teams are used to interchange but whereas down the grades it’s about sharing game time around, at the international level it’s all about maintaining the maximum level of intensity. That’s why you see players sprinting off the pitch which is pretty funny when you compare it to the hour or so it takes a footballer to walk 35 metres from the middle of the pitch to the side-line.

The amount of time players are on is calculated through all sorts of different factors including their maximum heart rate and the distance individual players can run before they need resting as well as having to take into other considerations like making sure you have your best PC people on. Typically defenders can play for longer, while strikers can be on for as little as three or four minutes but don’t forget that’s three or four minutes sprinting flat out to press the opposition and then doing the same to get the ball or get to the circle.

Watch out for teams interchanging their goalkeeper for an extra field player in the last five minutes or so of the game if they are losing, particularly when pools are being decided and we move into the qualification stages. Withteams now used to this strategy, we are seeing more and more goals scored here, as with the speed and accuracy of passing at this level, the extra player virtually guarantees a circle penetration and possible shot or PC.

The German men scoring twice in the last 45 seconds to beat New Zealand in the Rio games quarter- final showed just how much hockey is left even in the last minute, particularly when you bear in mind that the clock is stopped when a PC is awarded and also when a goal is scored.

In Rio, NZ took the pushback after Germany had scored to make it 2-2 with 40.6 seconds left on the clock and had enough time to take the ball forward on an attack of their own before the Germans countered with only seconds to go to hit the winner. In hockey, it really isn’t over until it’s over.

Hockey is a non-contact sport but at international level, you’ll see far more collisions as players contest for the ball. Often, what you might think is a nailed-on PC for a tackle will just be a free hit and that’s because the fitness, speed and athleticism of the players allows umpires to let them fairly contest for the ball from less feasible positions and angles than you would see down the grades.

No more is this better demonstrated than in the circle where as long as you have a reasonable opportunity to get to the ball, you are allowed to go for it. If both players miss it in the process of contesting for it then there will probably be no penalty either way, no matter who might have been there “first”. It’s only if the umpire is certain one player has impeded another that they’ll go the whistle.

That said, you’ll also see big decisions (PC’s and cards) when there doesn’t seem to be too much in it. What might seem to be a normal free hit in the midfield can turn out to be a green card because the umpire will have deemed play to have been broken down deliberately, albeit disguised with a very clever level of innocence!