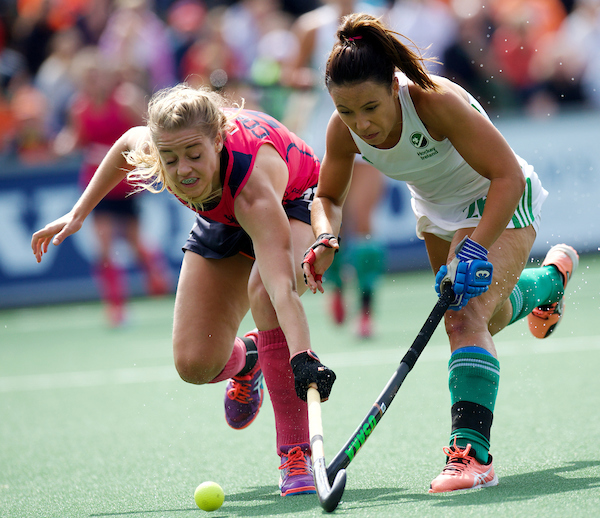 Irish coach Graham Shaw chose his 18-strong squad for the women’s hockey World Cup on Tuesday as the Green Army approaches its first tournament appearance since 2002.

Megan Frazer returns after an 18-month knee injury and will be a key addition for the tournament which begins in London next month.

She will line up alongside Chloe Watkins and captain Katie Mullan, while the Green Army will also rely on Frazer and fellow talented drag flicker Roisin Upton.

Shaw said: “There were some difficult calls when selecting this World Cup squad, and that is a testament to the quality and depth we have in the larger panel.

“2002 was the last time an Irish hockey team was present at a World Cup so we are very proud to be representing Ireland at the showcase event of our sport.

“But we are entirely focused on the task at hand and our first goal is to get out of the Pool; it will be tough given the calibre of the 3 teams in Pool B with us but that is what a World Cup is about, and we have a belief in our ability and know what we are capable of.”

Ireland begin their World Cup campaign against the USA on 21 July and will then play India and Olympic champions England in their next two group fixtures.