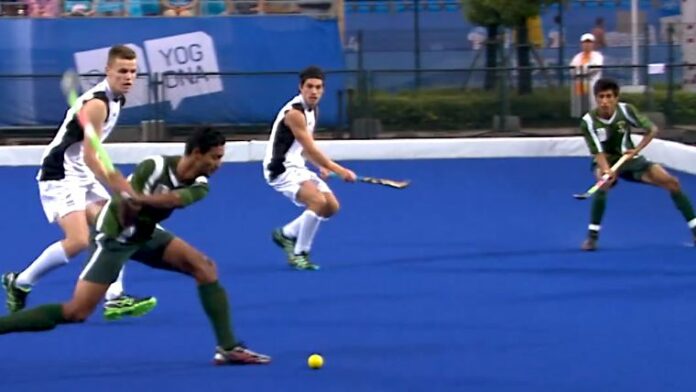 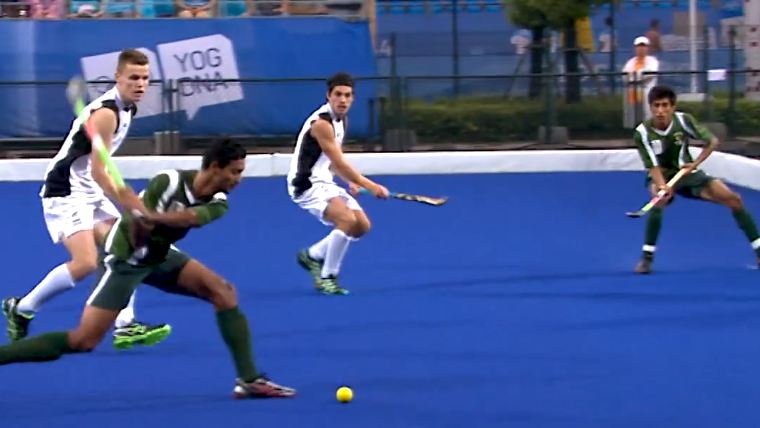 Hockey 5s will be included for the second time at the Youth Olympic Games (YOG) as the International Hockey Federation (FIH) plans to expand worldwide interest in this shortened variation of the sport.

It is often said that innovation is the driving force behind success – particularly in the sporting arena. Hockey 5s made its first appearance at youth Olympic level back in 2014 when the games were held in Nanjing.

The five-a-side version was an instant hit with the Chinese audience who relished the speed and skill that the smaller pitch promotes. Hockey’s worldwide governing body is pinning its hopes for widening the global audience for the sport and bringing new players into the fold through the screening of matches in this year’s YOG due to be held in Buenos Aires.

Jon Wyatt, the Olympian and ex-GB international and who if the current director of the FIH’s sport and development division proclaims that the YOG is the perfect stage to showcase Hockey 5s. He enthused about this version of game’s power to excite and commented that the YOG in the ideal vehicle to bring the game to a wider section of the viewing public.

The International Hockey Federation is part way through a ten-year plan to expand hockey’s profile, and a key part of their strategy is to interest and inspire more people to take up the sport. They believe that Hockey-Fives are an excellent way to broaden the game’s appeal, as the shortened branch of the sport is easier for people to acquaint with and simpler for them to become engaged.

The smaller number of participating players in a match makes it more flexible with regard to organising games.

The simple facts are that it isn’t necessary to find 22 players (you only need 10), and you don’t have to locate full-sized pitches. One of the great attractions about the game of soccer is that all you need is an open space, a few friends, a ball and a couple of jumpers for goalposts, to get a game going. The FIH is trying to make informally playing hockey just as simple.

Jon Wyatt will be at the Youth Olympic Games in South America later in the year for the Hockey 5s when the Australian boys’ team and the Chinese girls’ team will be defending the titles. This time around, the competition will be even tougher. In Nanjing four years ago20 teams took part. This year in Buenos Aires there will be 24.

This in itself is a testament to the growing popularity of 5s, something which the Federation will have a knock-on effect regarding the full 11-a-side format. One sign of a sport’s popularity is when it features on sports betting sites. Something that is yet to happen for hockey, although it may be possible to lay bets on the 5s as we get closer to October when the YOG begin.

Many different sports now feature shortened versions including things like five-a-side football, Futsal, Golf-Sixes, Rugby Sevens, and T20 Cricket. The fact that the YOG will include Hockey-Fives again allows for further experimentation and an opportunity to fine-tune the sport.

Since Nanjing, some changes have been made including slightly smaller pitches and reduced playing periods. It makes for a more intense and exciting contest. For participating players, it also promotes speed and close control and helps individuals to develop into keener athletes.

Hockey 5s is easier to manage and is more accessible

Hockey 5s and 11-a-side at the Olympics? It will be one or the other