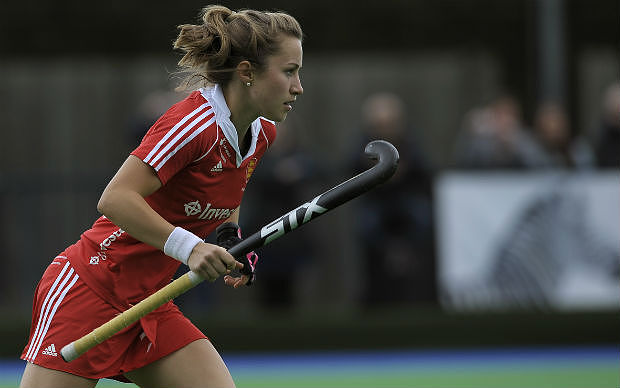 England women’s midfielder Shona McCallin has revealed the extent of the concussion which put an early end to her tour of Argentina last month.

The incident occurred in the second match of England’s 4-1 series defeat to the hosts in Rosario as the 25-year-old was in the process of being substituted in the eventual 1-1 draw of the second Test match.

After several weeks of recovery, the Olympic gold medallist has praised the England Hockey medical staff on her website, a post which also revealed the emotional effects post-concussion.

“I had a headache and felt a bit sick and told our medical staff on the bench. They asked me a few questions; the time, the score, the date, where we were and I got all these right,” she wrote.

“Once the match had finished, recognisable symptoms of concussion really started to hit in; fatigue, balance problems, headache, sensitivity to light and sound. Staying awake after showering and changing was a challenge and I really just wanted to go to bed. On my return to the hotel I had a SCAT3 test (Sport Concussion Assessment Tool) which showed I had mild concussion symptoms.”

Three weeks after the incident with her Argentinian counterpart, she admits that she initially struggled with the sunshine and noise, while her training return has been “slow, thorough and careful” as Danny Kerry continues to fine tune his team ahead of the Commonwealth Games next month.

“I can’t wait to get back to full fitness and start playing when my body, and more importantly, brain is ready,” she added.