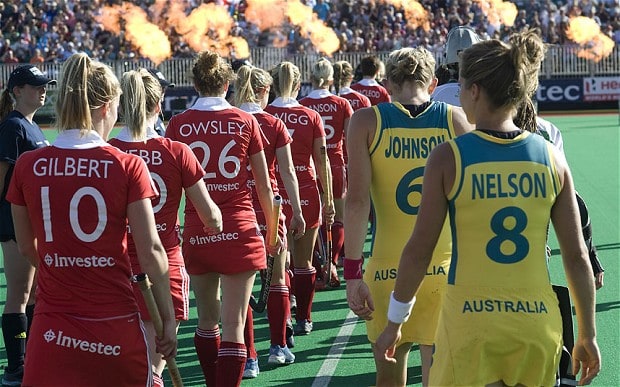 England’s bid to win next year’s World Cups in London and India be broadcast by BT Sport, the International Hockey Federation announced on Thursday.

The UK broadcaster will screen both the and women’s and men’s World Cups after inking a deal “to become the home of UK and Irish international hockey”.

Both World League Semi-Finals and Finals will also be shown on BT Sport channels, bringing regular live hockey coverage through the summer. It is not yet known if the broadcaster will host some matches on YouTube, as it has done for some Champions League soccer games.

The World League – a convoluted tournament which acts as a World Cup qualifier – will be staged across the globe, the men’s taking place in London, while England women travel to South Africa.

Scotland women will also be aiming to qualify for the World Cup at the women’s World League Semi-Final in Brussels, Belgium later this month.

The Investec Test matches on June 10 and 11 against Argentina and the Netherlands will also be shown live, the broadcaster having interviewed Maddie Hinch in Amsterdam this week.

Simon Green, Head of BT Sport, said: “I’m really excited that BT Sport is now the home of international hockey for men and women, including the prestigious World Cups.

“Hockey continues to grow and has done so ever since the women’s Team GB team won the gold medal at the Rio Olympics.

“This will help build on the popularity of the sport and give the UK viewers a chance to cheer on the home nations represented at the World Cup and hopefully see more medals won, exclusively live on BT Sport.”