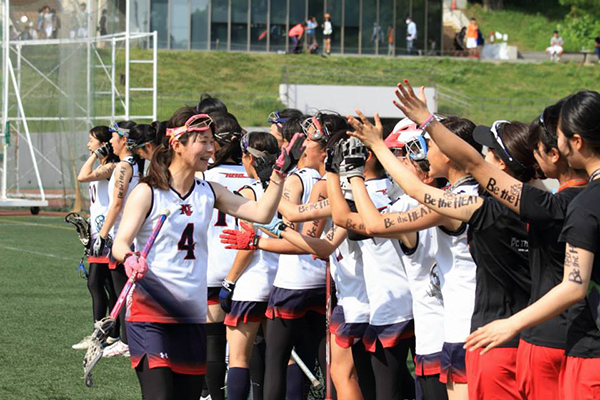 News reaches In the D that the British Olympic Association have signed training venue contracts with three sports facilities in Japan, as part of Team GB’s preparation camps for the Tokyo 2020 Games.

Tokyo‘s Keio University’s water-based hockey pitch could be one of the venues used, although it is up to GB Hockey whether they use the facilities or fly straight into Tokyo and use the competition venue, as they did for the Rio Games.

If they do train at Keio, locals will no doubt inform the potential Irish-born contingent of the university’s – and Japan’s – rich hockey pedigree. It was Reverend William Thomas Grey, having left Trinity College, Dublin in 1905 – who introduced the sport to the Japanese after starting work as a missionary there.

He stayed at Keio for 12 years and died in 1968. So revered was Grey that he is regarded as ‘the father of Japanese hockey’, the nation having won Olympic silver in 1932.

To mark the centenary of Keio HC, students visited his grave in Dublin, in 2005, before playing friendly matches in the region.

It is understood that Team GB players could have up to four training venue options ahead of the 2020 Games – the rich history of Keio standing out above all thanks to Grey’s influences.

Two members of the Scottish women’s squad have been boosted by a significant sponsorship deal thanks to ACT Construction, a Glasgow-based company. Captain Kareena Cuthbert (nee Marshall), and Surbiton player Robyn Collins will net a four-figure sum of 18 months, thanks to the goodwill of managing director Ken Godsman.

“From my time with Cricket Scotland as board director for 15 years, I understand how hard it is to get support of any kind in minority sports,” said Godsman. “Every little goes to help these athletes and I wanted to do something to give two outstanding hockey players the opportunity to fulfill their international sporting dreams.”

Read our In the D column every week in The Hockey Paper. We are back on August 16 – SUBSCRIBE NOW!