Chris Griffiths back on England hockey path after injury setback 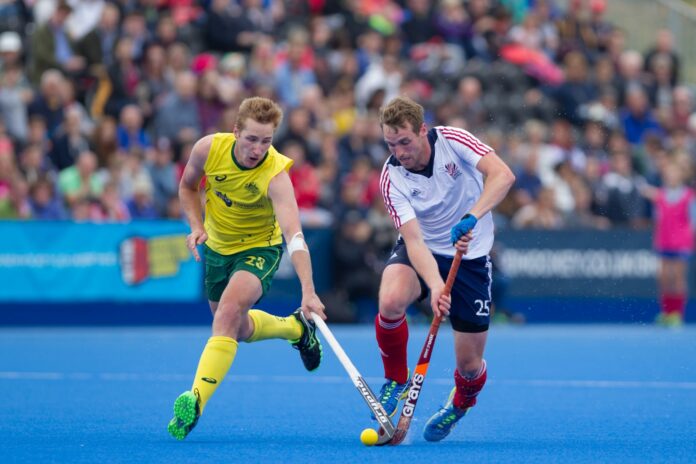 Chris Griffiths felt the emotional weight of his team-mates as he struck his first goal after 11 months out of the international wilderness last week.

The East Grinstead forward was on target during England’s opening 5-2 win over South Africa in Cape Town as the men’s side kick started their 2020 Olympic campaign.

Griffiths last played in April 2016 before a meniscus tear and nine weeks on crutches scuppered his Olympic hopes. On the day of his surgery, the GB squad flew to Australia for a pre-Olympic camp and Griffiths admitted that he was filled with apprehension when the team flew to South Africa last month for his first tour in over a year.

When he eventually lined up for the national anthems, he admitted to shedding a tear. And when he scored from a deflection, he told of double emotion as team-mates rushed over to celebrate.

“I think the younger guys understood what I had been through and this hasn’t been a journey by myself,” he told The Hockey Paper. “Considering the goal, perhaps I celebrated a bit too much!”

England were then beaten 3-0 by Germany as coach Bobby Crutchley called up Peter Scott to the side, one of 11 debutants in the space of three days. But the team’s visit to Robben Island also helped to integrate the squad.

“It was a really interesting trip and put a lot of things into perspective,” added Griffiths. “We never do trips like this and learning away from hockey and the video room was invaluable.”

Griffiths is a safe bet to be one of England’s stars in the games ahead. If you like a safe bet yourself or are interested in getting involved in one of the biggest sporting events of the year, take a look at a Cheltenham 2018 bonus offer

England men were set to play Germany in their last match on Wednesday. Meanwhile, Phil Roper was ruled out of the remaining Tests after being struck in the face by a ball during a training session and receiving a fractured cheek and nose.