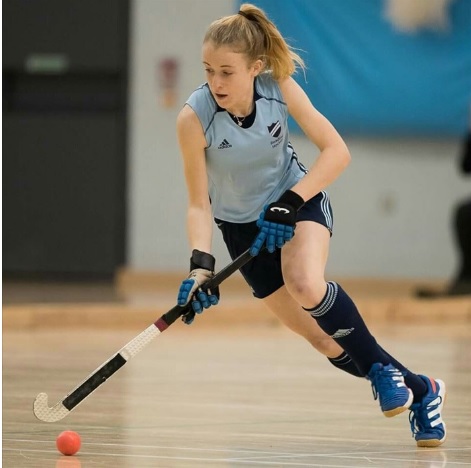 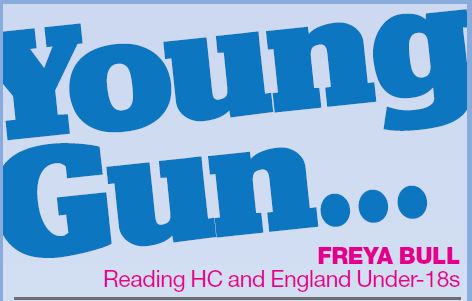 Reading youngster Freya Bull’s love affair with hockey started when her mum persuaded her to pick up a stick at the age of ten because she thought “it would be a good idea”.

And, seven years on, that has certainly turned out to be the case – the 17-year-old from Marlow, in Buckinghamshire, is training with the England Under-18 squad, having already turned out for the national Under-16 side.

Ball is not embarrassed to admit she was star-struck after joining club side Reading to find she was playing alongside her first hockey idol, former England skipper Kate Richardson-Walsh, who has already played a part in the development of the young defender.

“I remember watching her for ages,” Bull said. “Being a defender, she was obviously really inspirational to me. She was definitely my first hockey hero. And then when I first joined Reading, she was a player there, so playing with her was amazing. Star-struck would be an understatement!

“She was great, she helped me a lot and we got along really well, she’d always give me hints and tips and be really nice.”

Bull is currently juggling the unenviable task of elite youth-level sport and her A-level studies.

While acknowledging it is a daunting prospect, the youngster says Reading and her school, Sir William Borlase’s Grammar in Marlow, have been helpful in providing her with the support needed to strike the right balance.

“It’s difficult to balance school and hockey, but with people to help you at school and at the club it’s a lot easier,” she added. “They’re really supportive at the club, and definitely help you to manage your school work.”

It was only recently when the realisation hit home that she may make it at a professional level in hockey.

More specifically, Bull said, the moment she turned out for the England Under-16s proved decisive in seeing herself as more than just a regular youth hockey player.

“It was probably not that long ago that I realised hockey was something I wanted to pursue,” explained Bull.

“When I played England Under-16s, that was when I realised that I was more than just a schoolgirl hockey player, so it was only a couple of years ago.”

Her development through the England youth ranks is a far cry from when she first picked up a hockey stick on the advice of her mum, and for no particular reason.

“I started playing when I was ten at my local club in Marlow just because my mum’s friend’s children were playing, so she thought it would be a good idea, there was no other particular reason,” Bull said.

“I carried on playing for my club when I was going into secondary school. I started at Sir William Borlase’s in Marlow. Hockey’s quite big there, so I started playing there and just kicked on.”

From school, she progressed through county trials and into the national set-up. Her immediate ambition is to play for the Under-18s, before progressing to the Under-21s, although she is wary of setting too many long-term aims.

“I’d like to be able to break into the Under-21s in the next couple of years, anything after that is a bit too far in the future,” she adds. “I’m just really enjoying myself at the moment.”

This article originally appeared in The Hockey Paper on Wednesday 18th January 2017.