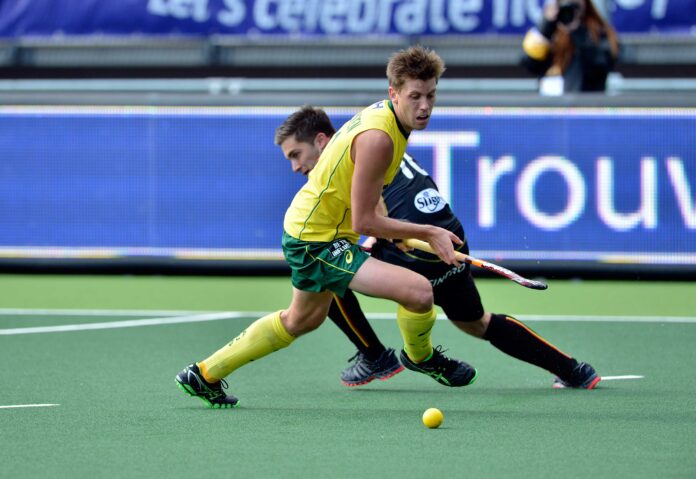 The two unbeaten teams in pool A meet in a marquee Ashes clash at the 2014 hockey World Cup in the Hague on Saturday.

World champions Australia go into the clash with a 100 per cent record after despatching in-form Belgium 3-1 with early goals from Chris Ciriello (PC, 7mins) and Jacob Whetton (FG, 9mins) and a 36th minute solo goal from Eddie Ockenden.

“We did start well in both halves,” said the Tasmanian midfielder.  “It wasn’t necessarily a plan but you always plan to start well, although it doesn’t always work out like that.

All the teams we have played here are are really dangerous: Malaysia first game, Spain second game and Belgium third game. All the games at this World Cup are really tough; we have seen that in both pools. For us, we want to be on top of the opposition at all times no matter who we are playing – that applies to Belgium as well.

“It is just an incredibly difficult competition, I can’t stress that enough. You see it in both pools – there are upsets, there are close games, there have been goals in the last minutes and last seconds. It is a really tough and exciting competition.”

Ockenden and the Kookaburras now face England on Saturday, still unbeaten after their 2-0 win over Malaysia today.

“England beat us at the last World Cup and the quality is definitely there in that team,” said Ockenden. “We played a couple of games in London two weeks ago as warm-up games and they were really tough. And that is what we are expecting – another difficult test.

“I love playing England and I think they enjoy playing us.”

“It has been such a good tournament so far. The pitches good.The stadium is brilliant. The whole atmosphere – inside, outside, the second pitch, the whole feeling of the hockey here in Holland – has been good.