Dan Shingles gets his World Cup dream – with a twist 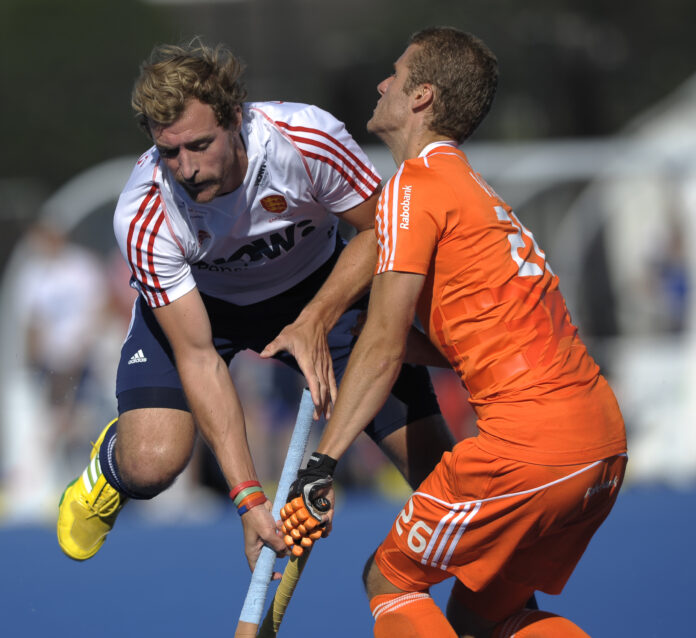 If Dan Shingles’ childhood dreams had come true, he would be heading for a football World Cup now, not a hockey one.

The 27-year-old midfielder’s selection for England’s hockey squad for the Hague marks a remarkable transformation from a 16-year-old who had barely played hockey when he was devastated by his axing from the Millwall academy squad.

“Football was a large part of my early life,” he says. “It was always my first sport, my first passion, and to be honest I never really considered playing hockey until I was a lot older.

“At a younger age you always dream of it [playing in a football World Cup] – there’s 20 million kids in the country that think the same thing. But as you get older you start to realise the chances of becoming a professional footballer are very very slim and you have to be outstanding. While I was good, I wasn’t good enough at that point.

“At the time I was gutted. But there were 40 of us for the two years [at the academy] and three got offered something. My best mate at Millwall, Matt Jarvis, who is now playing for West Ham, has done really well for himself. But that is the sort of thing you are looking at. From that many people he is one name who has gone on to do well. Then there were a couple who had spells in lower clubs but not anything more than that.”

With football dreams fading, Shingles started to show a bit more interest in hockey. At Langley Park school in Bromley, south London, he had been a kid who was “not particularly talented at hockey who got asked to run around a bit up front”. But in the sixth form his hockey became a bit more serious and he joined a club, Teddington, ahead of his move to Brunel University in west London.

In the early days he found the tactical knowledge and ability to read the game he had acquired through long hours on the football pitch stood him in good stead, although he stuck to a fairly simple style of hockey.

“I had the physical capabilities and the sporting brain, but I was never the most gifted hockey player,” he says. “I was quite basic, quick on the ball, and that worked for me. As soon as I knew there was a potential for a future [in hockey] I had to knuckle down and start getting the skill aspect of it.”

“Through university I picked up that up as well and then later – getting my shot in the GB Superleague – I’ve been working on it ever since.”

That selection in the now defunct superleague came during a successful time with Southgate with whom he earned three promotions to the England hockey league premier division, and three relegations.

“In my second year as Southgate captain, I was starting to become a bit more prominent and confident. I was playing a high-midfield role and was starting to get noticed by coaches around the league,” he says.

Eventually the England call came in the wake of a major rebuilding following Great Britain’s fourth-place finish at the London 2012 Olympic Games.

“I had been involved with an England programme for the odd training weekend here and there,” says Shingles. “But I never really saw it going anywhere. I saw it as a good opportunity to perhaps get my name in there and to take something back to Southgate. But I never considered playing for England on a regular basis.”

The big call came in late 2012 when he was called into England’s side for the 2012 Champions Trophy in Melbourne. Shingles went on to make his international debut as a 26-year-old against India on December 1. That set him on the path to the 2014 World Cup, with selection to the England/GB centralised training programme following in early 2013.

He joined premier division side Reading at the start of the 2013-14 season, following Southgate’s relegation, and he now goes to the Hague with 38 international appearances under his belt.

“I just can’t wait,” he says. “The whole setup there looks brilliant and a chance to represent your country at a World Cup doesn’t come around too often – I am very excited.

“Of course there is pressure you are playing for your country and you are representing 53 million people. Then there are your team-mates and the coaches. But I have enough caps now and I’m old enough to use pressure to aid my game as opposed to inhibit it. There will be some nerves of course but I am looking forward to it.”

But he admits hockey has nothing like the scrutiny the England footballers endure on a day-to-day basis.

“The amount of exposure football gets they are being monitored 24/7 and the pressure must build,” he says. “Hockey players don’t get these big competitions all the time. There will be bigger expectations and more people watching, but that is great isn’t it? That’s why we play the sport and spend so much time training – to play in these big tournaments and play in front of what should be great crowds. The stadium looks brilliant.”

England play their first World Cup game on Saturday May 31 in the satellite stadium. But on Monday at 4pm Shingles will step out to play India in the main Kyocera Stadium – the home of  Eredivisie side ADO Den Haag –  football convert in a converted football stadium.

“Unfortunately my football career ended,” he says.” But it is all for the best now.”