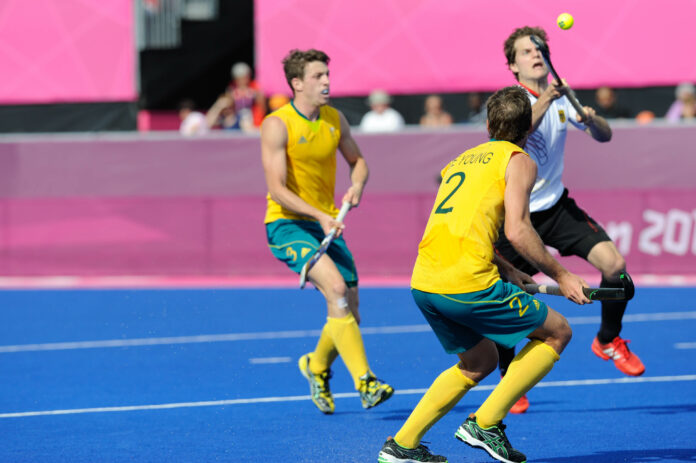 Australia’s Liam de Young joined the elite 300-cap club as the Kookaburras marched into the final of the Sultan Azlan Shah Cup with victory over Korea in Malaysia on Thursday.

Coach Ric Charlesworth described the 5-1 win against the world number seven side as a “very good performance”.

De Young, who became only the fourth Australian man to reach 300th appearances. In the same game Jake Whetton made his 50th appearance for the Kookaburras

Charlesworth continued: “Our defence played solidly. Korea is a team that are difficult [to play against] and it’s often a war of attrition. They’re frugal and risk averse and you have to slog it out. Overall, I thought we played really solidly; the guys at the front worked hard and put them under pressure.”

Acknowledging De Young’s achievement, Charlesworth added, “He’s had a marvellous career. He’s been playing [for the Kookaburras] since 2001, he’s won everything there is to win and he put in a great performance on a big night tonight. He’s got beautiful fluency, silky skills and great pace. He can play in multiple positions and gives us great flexibility.”

Western Australian Trent Mitton gave the Kookaburras an early lead and Tasmanian Nick Budgeon kept up his fine run of at least a goal a game in Ipoh with Australia’s second, which came on the stroke of half time in response to Korea levelling at 1-1 through Jang Jong Hyun’s penalty corner.

After a largely uneventful opening to the second half, the game sprung back into life with 11 minutes remaining as Jeremy Hayward gave the Kookaburras breathing space as he made it 3-1. His unstoppable rocket-propelled penalty corner flick flew under the bar and into the top corner giving the Korean defence no chance.

Matt Gohdes then struck twice in the final ten minutes to mark his return to the side having sat out Monday’s comprehensive win over South Africa. Gohdes’ first goal came as a result of good work by Jake Whetton, who set up the opportunity for Gohdes to guide the ball home into an empty net from chest height before the Queenslander slid in to convert Rob Hammond’s pinpoint pass in the final minute.

There was some concern, however, for the Kookaburras who lost two players during the game. New South Wales’ Tristan White was taken to hospital as a precaution after taking a knee to his lower back in a collision on the halfway line and five-time world player of the year Jamie Dwyer left the field clutching his hamstring after pulling up while running.

The Kookaburras’ opponents in the final will be either Malaysia or Korea. Hosts Malaysia are the Kookaburras’ final round-robin opponents on Saturday night with a point enough to guarantee a rematch with Australia on Sunday. An Australian win will likely see the contest come down to goal difference between Malaysia and Korea, so long as Korea defeat South Africa in their final game.