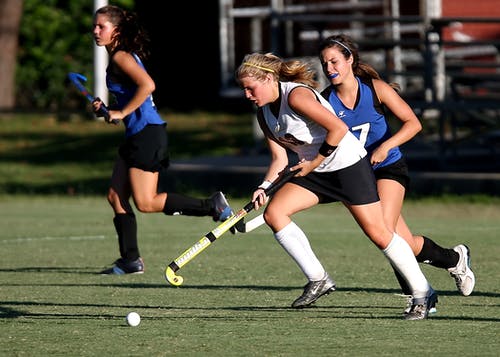 In team sports, such as field hockey, mental preparation plays a crucial role and can greatly influence performance. It is important to know if your favorite teams have a good mental preparation. For example, if you like sports betting it can be interesting to take this parameter into account to know how the teams will perform. Of course, it is necessary to combine this parameter with statistics and knowledge about the games and players, so don’t hesitate to sign up offers from Sky Bet and start betting to experience field hockey games more intensely. In this article we will explain the basics of what you need to know about social psychology of sports and mental preparation. It applies mainly to field hockey but also to other team sports, like soccer, basketball and many others.

The leader of the group is the individual who at any given time is best able to help the group solve its problem. In this view, there may be several leaders in a group. The leader is simply the one in the group who has the most knowledge or ability to help the group deal with the challenge at hand, whether it is a game or a training session.

For example, you are playing against a team and one of your teammates is a former member of that team. On that day, he will surely have a greater leadership, a greater influence than on other days. He will be able to advise and explain the functioning of the other team to his teammates to help them face the challenge of the day.

So, in a team you can have, for example, a social leader, the one who will start and advance team conversations. A game leader, he may be the best player of the team and shows the way by example, he takes his responsibilities during the most crucial moments. In short, there can be several types of leaders in the same team, each with their own utility.

Each one has a different background, strengths and weaknesses and it is on this that each player relies to put himself forward or not in the group and take the lead.

For a good team cohesion, the objective is that each player is most satisfied with his place and his role in the team. Communication within the group also has a great influence on group cohesion. Generally, the results of the team play a big role in this cohesion. If even with a string of defeats, tensions do not appear, it is because the field hockey team is united! For a good team cohesion it is important that the players do not only share trainings and matches, outings and activities outside the sport are also very important.

For example, a player expresses his need to the coach to get more playing time. The coach explains that he would like to give him more playing time because he thinks he is a good member of his group, but that to do so he needs to be more reliable on defense. He will then help his player work on his defense so that he can get more playing time and feel like he belongs on the team.

Every word has its importance in a team, even more on the field. A good rule of thumb for communication in a game is to ask yourself before you speak if that phrase will help you win the game. Giving a hint, consulting with teammates to find a solution, congratulating or comforting a teammate are phrases that will help win the game. Insulting a teammate, on the other hand, will increase the chances of losing.