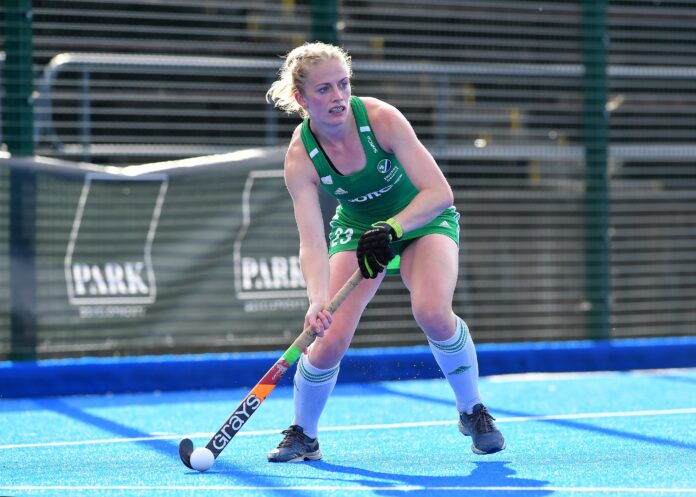 Olympian Hannah Matthews has confirmed her retirement from international hockey after amassing 157 caps over seven years.

“It’s 150 more caps than I thought I would ever get,” said the 2018 World Cup silver medalist. “There was a long period where I wasn’t involved but once I got in, it was a case of grabbing the opportunity and I have enjoyed every second of it.”

While still a teenager – under the tutelage of future Irish coach Graham Shaw – she won the inaugural Women’s Irish Hockey League title in 2009 and, a year later, took the Irish Senior Cup final win against Railway Union; Matthews was raised and carried aloft by her team mates when she scored the winning penalty stroke.

The now 30-year-old had to bide her time for an international call up after playing up until under-21 level.

“One year, I just sucked it up and worked on my fitness and got a call-up,” she recalled. “I almost didn’t go to the trial weekend because it was in the middle of my teaching practice but I went and haven’t looked back since.”

That call came from coach Darren Smith who she reckons wasn’t “a huge fan of mine at the start but he kept an open mind and called me in. I owe so much to him”.

“It certainly hasn’t been easy but we have had great moments and great highlights over the years. Stepping away from it, I am just so grateful for every bit of it – the people I have met along the way, the people who have supported me who have been incredible.