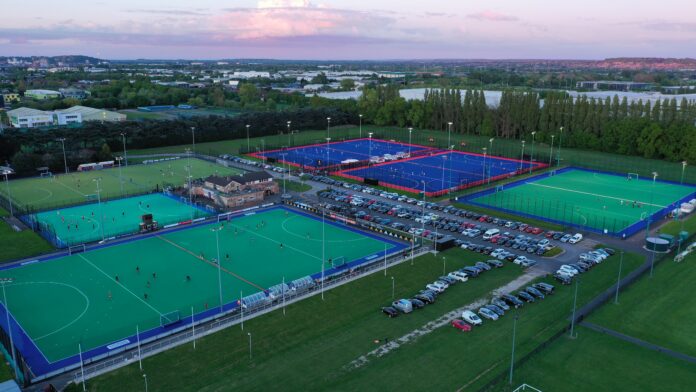 After a successful first weekend of competition at the Masters’ Hockey International Invitational Event at Nottingham Hockey Centre, the second round of matches are set for action from Friday.

In addition, England Men’s 060 and 065s played fixtures with Ireland, Scotland and Wales.

During this week England Hockey should have staged the World Masters Hockey World Cup for 035 and 040 women and men, but this was cancelled due to the pandemic.

This has been rescheduled for August 2022 and the Invitational Event is being used as a test event for next year when over 60 teams from all around the world will travel to Nottingham to compete to become World Champions at women’s and men’s 035/040 age groups.

The event last weekend was the first major international event staged for two years and was supported by over 40 volunteers, including umpires, match officials and hockey maker volunteers as well as the army of Nottingham Hockey Centre staff.

Although, it was agreed that results would not count to overall placings within the age groups, the competition was fierce and there were many excellent games between international rivals. However, the overall emphasis was on participation and a celebration of being able to compete again on the international stage.

Matches will be streamed again on Saturday & Sunday on https://masters2022.hockey

Share
Facebook
Twitter
WhatsApp
Linkedin
Print
Previous articleWhat happened to hockey in Brazil after Rio 2016? ‘We need an Olympic medal to take off’
Next articleScottish international launches campaign to save Ellon hockey club from 3G