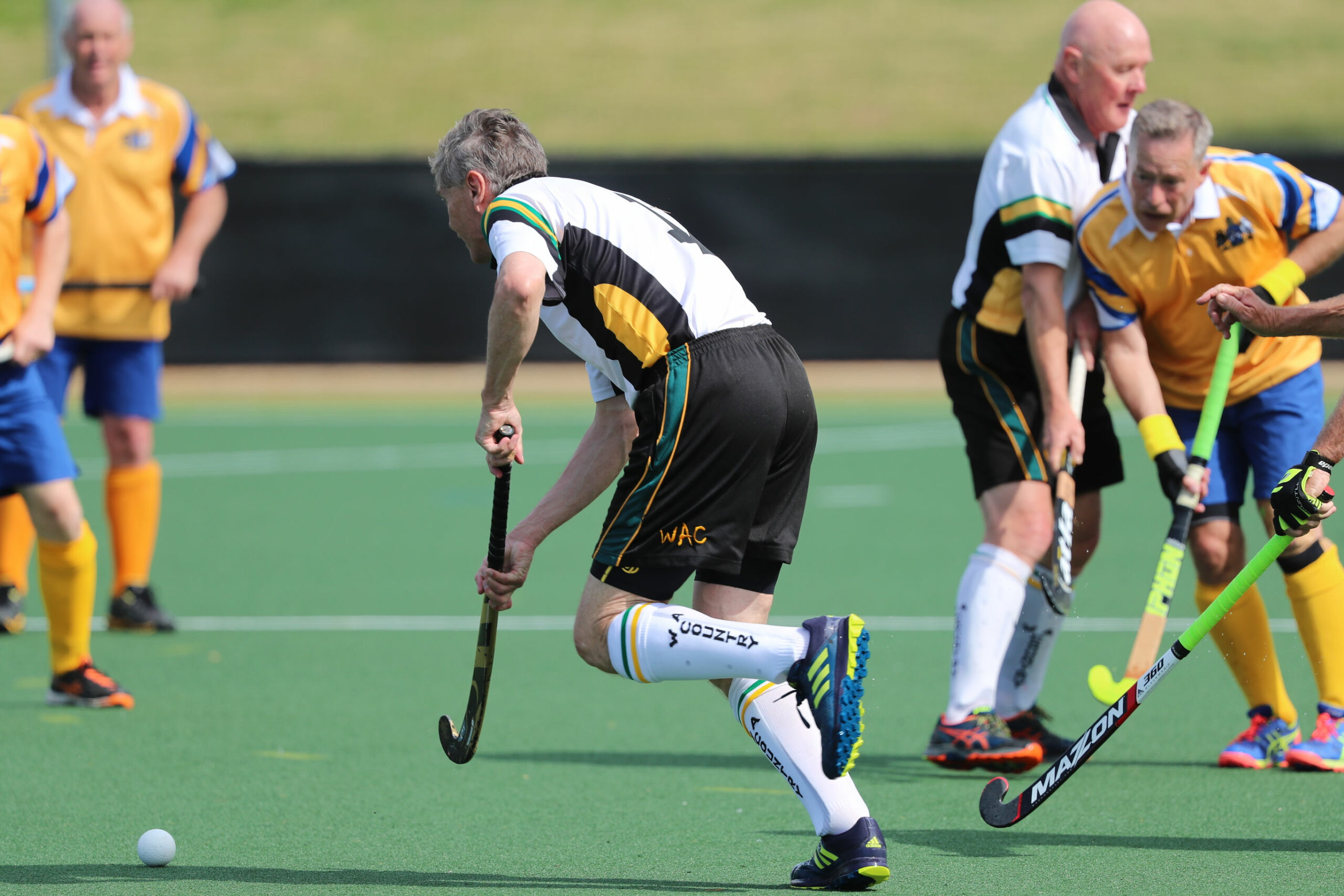 In 1979 with the completion of the new Perth Hockey Stadium, the first artificial turf in Australia, a group of ageing hockey players got together and decided to run an interstate hockey carnival so over 40s could get a chance to play on the new surface, writes Bill Murphy.

Invitations where sent out to all states and the carnival was held in 1980 with Western Australia (WA), Victoria, New South Wales, South Australia, Queensland and WA Country taking part.

WA Country (WAC) were invited because Harold Smith who had played for Australia in the early 50s lived in Albany, some 420 kilometres south east of Perth, and it was decided to invite the country boys to take part with Harold as the Captain/Coach.

The President of the Eastern Goldfields Men’s Hockey Association, David Horsley was appointed as manager. He is still playing for WAC today and WA Country hockey veterans was up and running.

The WA Country Masters Hockey Association says it has gone from strength to strength and “is the envy of many other States.”

As well as winning bronze in the 55s at the National Masters Championships, Play the Whistle Awards in the 45 and 70s, seven WAC players were selected to play for Australia in 2019.

To celebrate the 40th anniversary of the WA Country Masters Hockey Association, WAC is having a reunion get-together to celebrate.

If you live in Western Australia and can get there, or you can get a pass through the border and you would like to head over, it’s on at the Parade River Room in the Parade Hotel, Bunbury on August 29.