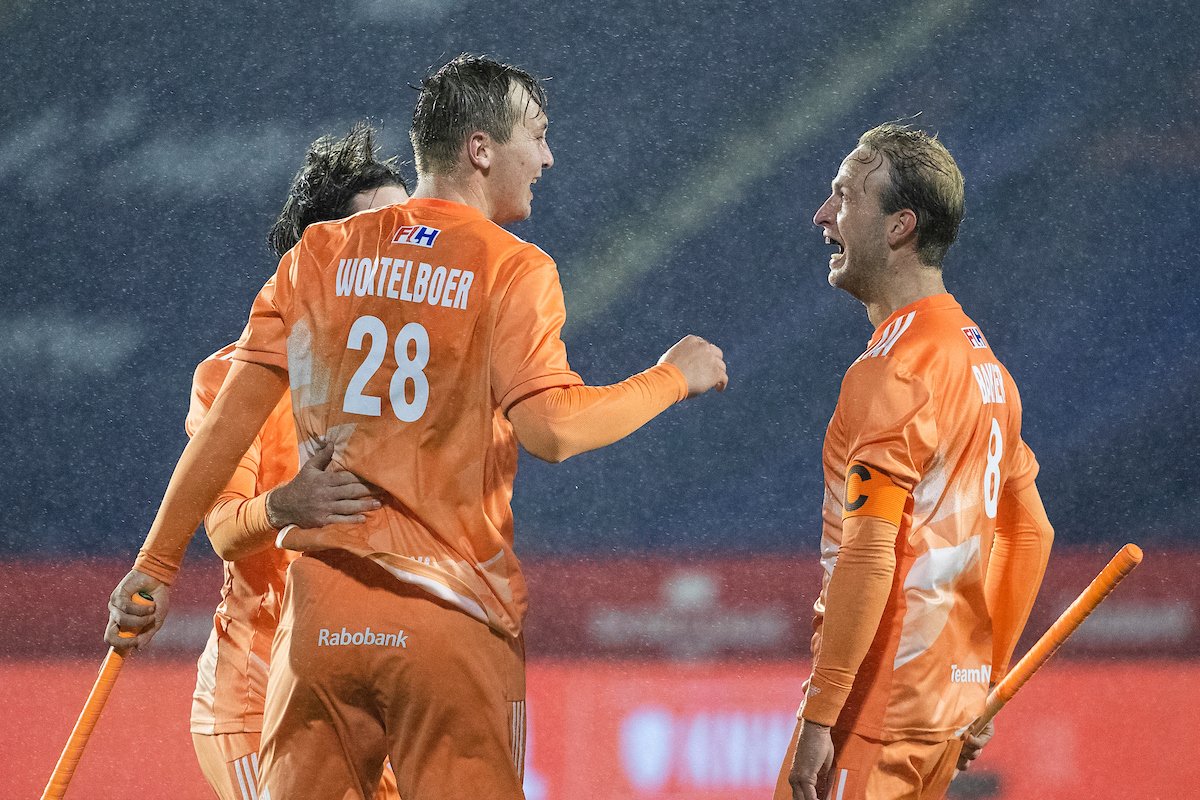 Hosts Holland won this tight FIH Pro League encounter 1-0 against Great Britain. But nearly a year to the day since Sam Ward’s injury during the Olympic qualifiers, thoughts must first turn to Brendan Creed and the relief at seeing the Briton return to the field in Amsterdam to allay fears of a similar circle horror scenario.

Creed seemed to take the full brunt of a final quarter, crunching circle shot from Bjorn Kellerman, which saw the defender have little time to evade the hit and instead left him rooted to the floor.

Several team-mates immediately put their hands to their head and the lack of any atmosphere resulted in a worryingly quiet few seconds which certainly evoked memories of the Lee Valley injury to Ward last November.

Creed was momentarily unmoved on his stomach but was thankfully back on his feet and was then seen nursing an ice pack by his mouth in the stands.

After a year out of the game recovering from an ACL injury and his positive steps to return to play, there was no way the 27-year-old was going to be sidelined for the remaining minutes. Perhaps the hit somehow wasn’t as first feared, but it was certainly a huge relief to see him given the all clear to continue.

In the driving rain, Holland were indebted to Pirmin Blaak here.

The Dutch keeper made a wonderful triple save in the second quarter to deny Britain their opening goal, the third of which saw a scampering Blaak – resolute all night – fling himself to his right to deny Harry Martin’s backstick attempt in his 100th game for GB.

Ollie Payne, making his debut after a swift rise to the GB programme, also had a memorable game between the posts and was forced into action from the outset. He was powerless to stop the host’s winner however. After Jacob Draper was carded, the match turned when Floris Wortelboer cut in from the right and unleashed an unstoppable low reverse to beat Payne at his near post with six seconds remaining of the first half.

The game was a little untidy after the break. GB had several corner chances, but Adam Dixon pushed wide, while in the final quarter Justen Blok nearly doubled the lead for the Dutch. Meanwhile GB waited for their moments to counter and despite having forwards in the circle for their final third attacks couldn’t make it pay. One last passage of play saw the visitors with possession but unable to offer anything meaningful as the hooter signalled Oranje victory.