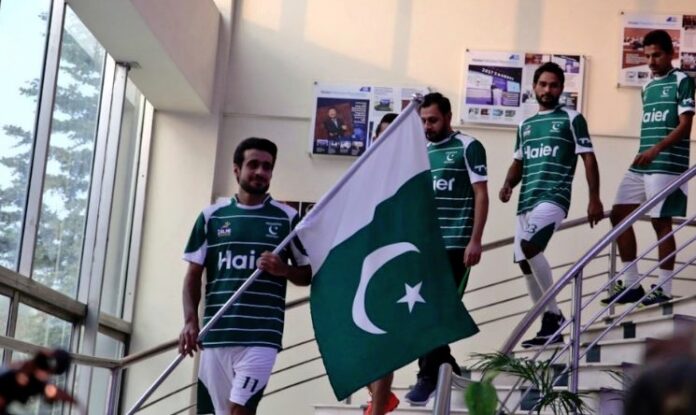 Pakistan were suspended from the inaugural FIH Pro League on Wednesday after pulling out of the first three matches of the tournament.

The FIH said that Pakistan informed the world governing body that they would not be able to play matches against Argentina, Australia and New Zealand, citing “inevitable circumstances”.

FIH chief Thierry Weil said: “It is regretful that Pakistan has decided only now to withdraw from the first games of the FIH Pro League.

“Consequently, FIH were left with no other option than suspending Pakistan from the rest of the competition’s season.

“At this stage, I would like to thank all participating National Associations who had adapted their schedules to support a solution for Pakistan to join the competition this year.”

Pakistan hockey has been facing financial problems for some considerable time and were on the verge of pulling out of the recent World Cup in Bhubaneswar before a cricket franchise came in to sponsor the hockey team at the last minute.

Pakistan’s omission will have no logistical threat on the Pro League men’s format, with the nine-team tournament simply being reduced to eight.

They had been due to play two games in London in May and June and Great Britain Hockey say it will be contacting ticket holders shortly.

The tournament resumes on Friday with the game between Spain and Great Britain in Valencia.

The Pro League opened last weekend as Spain and Belgium, the world champions, drew 2-2, with the hosts winning the extra point in a shoot out.