Beeston HC have announced that it will televise all men’s and women’s home games for the upcoming season.

Beeston will be the first UK club to screen live coverage – free of charge – throughout the season when it starts its commitment next month.

“In all my years of involvement in our sport, alongside our twinning with HC Rotterdam in 2017, I have never been so proud of an announcement by our club,” said David Griffiths, Beeston’s chairman. 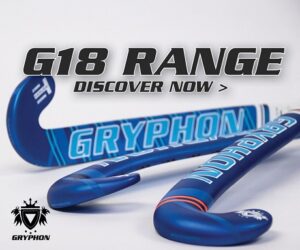 “We want to model our televised coverage on that of the Euro Hockey League, which is undoubtedly the best hockey competition in the world.

“I would love nothing more that the other English clubs to get on board with this, and commit to moving the domestic game forward”.

The broadcast package will be available on AppleTV and, down the line, on Amazon Fire, while all home gmes will also be streamed online.

The club has been broadcasting matches for several seasons and has noted an increase in viewership, notably from a global audience.

They are certainly the only top-flight club to realise the impact of televising club matches. Regional sponsors have come on board in the process when Beeston produced match interviews.

Last year, the club signed a partnership deal with HC Rotterdam in a bid to join forces over training programmes, ideas and events.