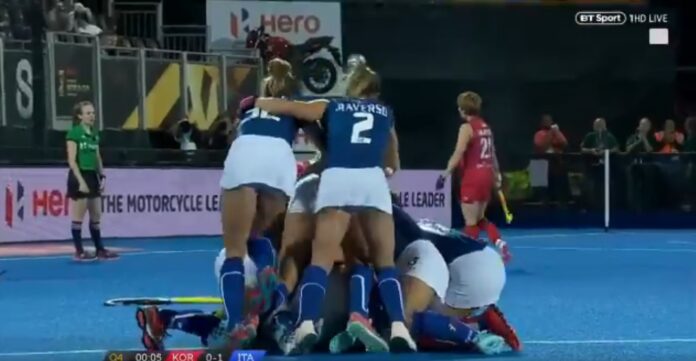 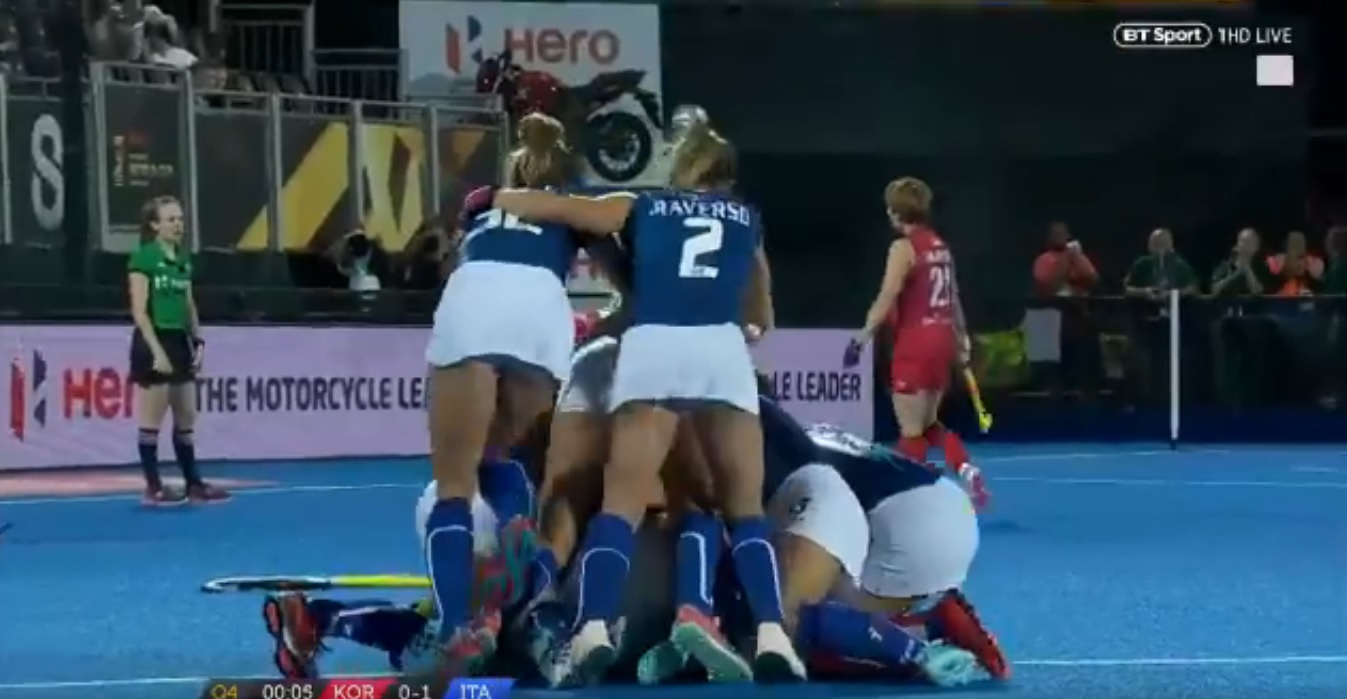 Italy, the lowest-ranked team at this Hockey World Cup, secured a potential quarter-final place with a sensational last-gasp strike on Friday night.

With rain forcing the final match of the evening between Italy and Korea to be pushed back – after delays to the Netherlands’ victory over China – the Italians left it late, thrillingly, as hockey’s outright underdogs scored with seconds remaining to secure a barely believable berth in the cross-over matches.

Valentina Braconi, one of 10 Argentinians in the Italian side, scored unmarked in the D after the ninth-ranked Koreans failed to clear a last-ditch attack.

It sparked wild scenes at the Olympic Park as the 2018 World Cup continued its trend of upsetting the world rankings.

Italy, with a world No 17 ranking, had been the better team in the final two quarters and now follow Ireland (16th) into hockey history.

Amazingly, Italy will now play the Netherlands on Sunday to see who tops the Pool and qualifies for the last eight automatically, with both nations level on six points.

The lowest ranked team at the #HWC2018 are into the knockout stages! 🇮🇹 Congratulations Italy! 👏pic.twitter.com/ehSXvQ7Vmf

And after this showing, anything is possible in a World Cup which keeps on giving. Not least for Italy who sailed out of a tournament group stage for the first time.

The Dutch scored seven for the second game running as China were handsomely beaten (7-1) in the first game of the evening.

Korea and China, both without points, will scrap it out for the third spot to see who qualifies for the cross-over matches.

Italy began their dreamy World Cup campaign with a 3-0 win over China five days ago. Now they face the Dutch ahead of a second week competing in hockey’s showpiece.

Italy have bragging rights: they have yet to concede a goal.