Can SV Arminen defy the betting odds in their Group A draw? 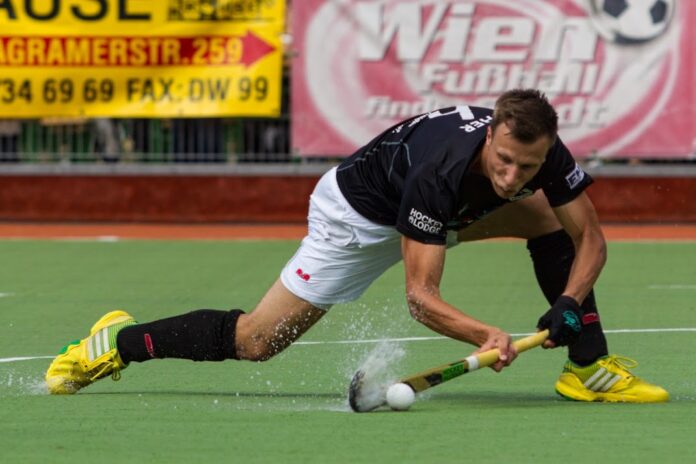 When the groups were announced for the Euro Hockey league, many commentators stifled a groan and shot a look of sympathy in the direction of SV Arminen, while gambling fans started to wonder just how long the odds might go. HC Bloemendaal and Wimbledon were about the toughest teams they could have drawn, and while the Austrian champions are among the elite 12 combatants on merit, this will be a huge step up.

However, one person who looks completely relaxed about the draw is SV Arminen’s player-coach, Dariusz Rachwalski. The idea of a player-coach might sound a little Roy of the Rovers, but that is exactly the vibe that Rachwalski puts across. He told the Euro Hockey League that initially he was “quite concerned” about the draw, but on reflection, he feels it is exactly the kind of experience that his group of young, talented and hungry players need in order to reach new heights.

With live streaming of every game and the introduction of field hockey apps and betting opportunities from these live casino apps, there has never been a better time to get into the game. The increased media attention could well project field hockey from fringe minority sport towards the mainstream.

Anyone who thinks that sounds at all pie in the sky needs only look at what has happened in mixed martial arts. Five years ago, it was a relatively unknown discipline. Now, when the UFC visits London, it can sell out the O2 arena in a matter of hours.

Where has this growth come from? The answer is the very same live streaming, along with promotion, sponsorship and betting opportunities from the online bookmakers and casino operators who now have their sites firmly set on the sport of field hockey.

A little about SV Arminen

If Dariusz Rachwalski can genuinely help propel his group of young, enthusiastic Austrian hockey players towards sports stardom, it really will be a story worthy of Roy of the Rovers. So let’s learn a little more about SV Arminen.

Based just outside the Austrian capital of Vienna, the team dominated this year’s Austrian Bundesliga, beating off competitors that included NAVAX AHTC, HC Wien and HG Modling. The squad has a compelling blend of youth and experience, with seven players who have represented the national side, along with another three who featured in the U21 Euros in Valencia.

The first round matches start on 06 October, but SV Arminen are first in action against Wimbledon on Saturday 07. The following day, they will face HC Bloemendaal. All the matches will be played at the Pau Negre Stadium in Barcelona and can be streamed live via the European Hockey Online website.

Those who make it through the group phase will be rewarded with a berth at the EHL KO16, which takes place in Rotterdam next Easter. The bookmakers might have them as outsiders, but don’t rule out an upset, and we might just get to see SV Arminen there, too.