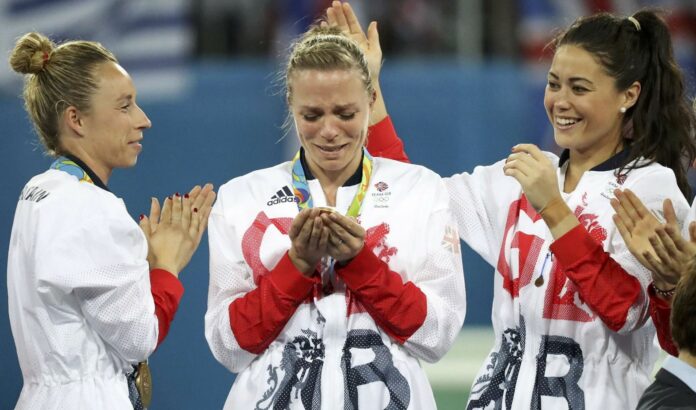 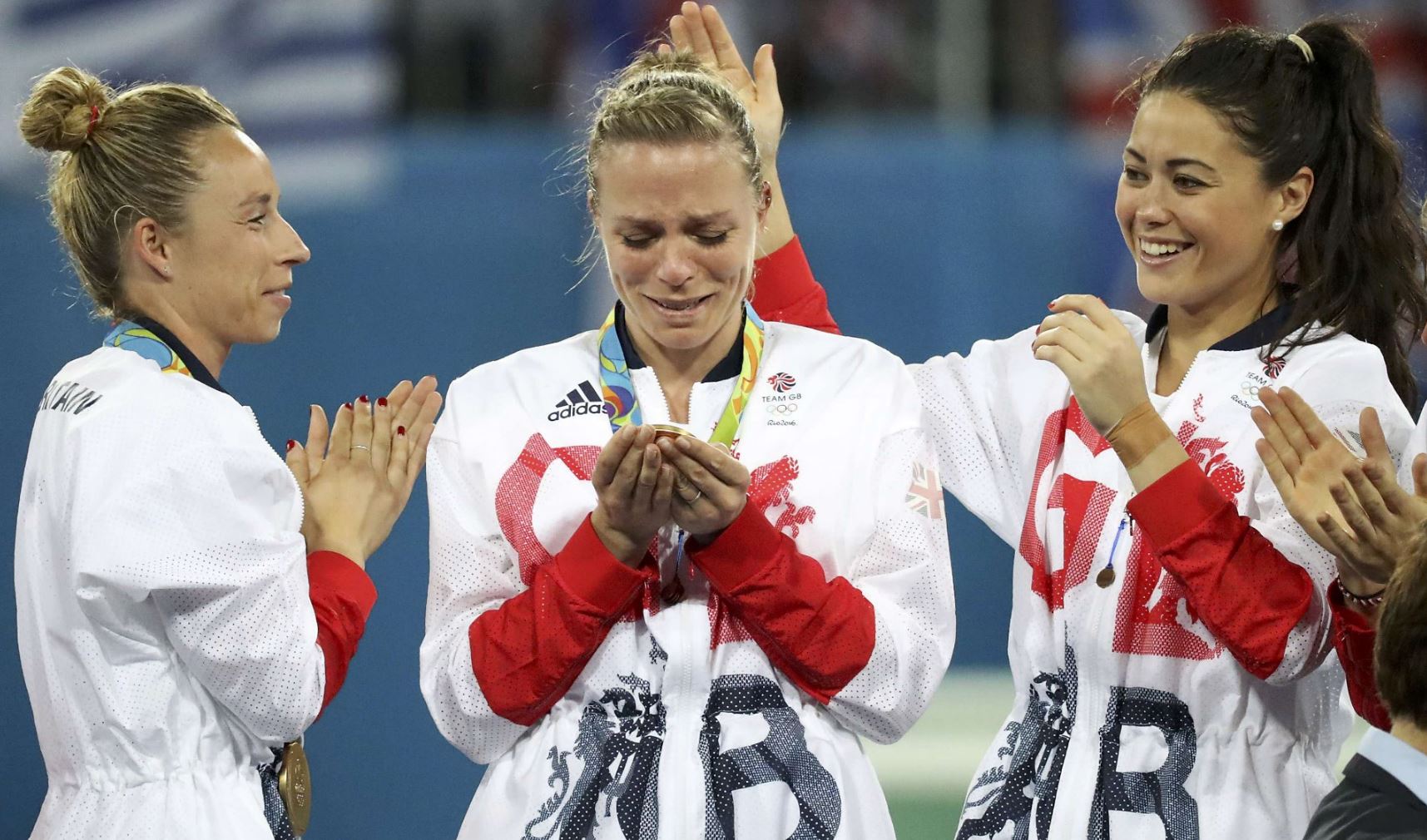 It seems an unlikely meeting point for an elite athlete, but the latest chapter in Kate Richardson-Walsh’s career began in an Amsterdam pub.

The women met in the Jordaan area of Amsterdam where Laurence Docherty, the former Scot turned Dutch international, owns a pub.

Over a coffee, Docherty revealed that the Bloemendaal women’s team were looking to become more of a force in the Dutch Hoofdklasse league, alongside the already successful men’s outfit.

“He said that Bloemendaal women want to make something of themselves. They have some brilliant youngsters but need some experience,” she told The Hockey Paper.

At Easter, just as Teun de Nooijer, the legendary former Dutch and Bloemendaal player, was announced as the new women’s coach, a two-year deal for Kate and Helen was sealed.

“Dutch clubs are such big entities and have so many connections,” Kate said. “Helen has been doing a psychology degree and wants to continue working in that field. I want to get into coaching and they will be helping me with that. They are really proactive.”

Not that there has been an official announcement yet of her retirement from the centralised programme. Indeed, her name has yet to be to be taken off England Hockey’s squad list on their website. But after 375 combined matches and finishing one shy of 50 goals, her international career looks over.

Most of us know how Richardson-Walsh and her team-mates came to win gold in Rio, and so it is this next step in her rollercoaster career that will be watched with interest.

“Although I feel I could make it work, I’ve accrued all this (hockey) knowledge and I want to use it. I do love the game and I’m a real scholar of the game, so if you have a passion for it you have to follow it.”

In the last few years – in fact make that the whole Rio Olympic cycle – Richardson-Walsh admits that “so much water has gone under the bridge” she is ready for the challenge.

It also didn’t take Olympic gold for coach Danny Kerry and co to realise that England’s 11th place at the 2014 Rabobank World Cup was a turning point.

At the end of that year, Richardson-Walsh took a break from the sport  to ask herself if she still had the necessary drive.

“I feel like a much different person from two years ago,” the 36-year-old defender said. “I was mentally drained and those two months I had off, I needed them. But I also felt that I wasn’t done.

“Hindsight is a great thing. Sometimes you can’t see the wood through the trees. You are constantly moving forward and don’t have time to reflect or see yourself in the moment.

“I was struggling at the end of 2013 and rolling into 2014 I was mentally in a very low place. If I had known that then, there would be no need for psychiatrists and psychologists.”

The disastrous World Cup, says Richardson-Walsh, made the team reflect. “Any kind of trauma, you really look at everything in much finer detail and ask some difficult questions, of yourself and everybody else. That’s what happened. It shows how lots of little different elements create the perfect storm.”

And what a storm it was as the Oranje colours were eclipsed on that sultry night in Rio. So what now? “Well, two years ago we sat as a group and came up with our vision,” she admits. “Our vision was to make the difference, create history and inspire the future. I feel like we’ve done that.

“I was eight when the men won gold in 1988. I know it increased interest in hockey. We now want to inspire young boys, young girls to pick up a hockey stick.”

Kerry believes that once Richardson-Walsh puts down her own stick, she has the capacity to succeed on the sidelines.

“I have no doubt she has ambition to go into that world, whether it’s as a coach or a performance director I don’t know,” he said.

“The big thing that athletes don’t understand is that there is a huge difference in having a lot of knowledge and actually being able to apply it.

“If she can find the motivation to go the hard yards, and the reality is picking up experience in lots of different places, then absolutely she could become a future head coach. But there is a big gap between a player and a coach.”

However, the most pressing hurdle, after she returns from her world travels in the New Year with Helen, is keeping Bloemendaal in the top flight after the club lost their opening nine matches. But with two Richardson-Walsh jets fighting for survival, they might just be all right.

This article originally appeared in The Hockey Paper on Wednesday 16th November.