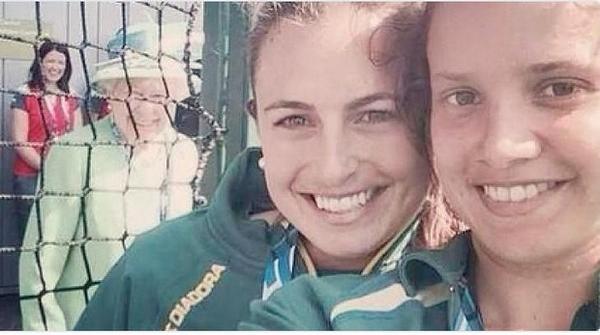 A pre-game selfie from Australia hockey player Jayde Taylor, alongside team-mate Brooke Peris, with Her Majesty the Queen in the background went viral on the web capturing, as it did, the mood on the opening day of the Glasgow Commonwealth Games.

The Queen had met the Hockeyroos after the match and appeared to smile when she realised she was in the frame.

The image was widely reported in UK and international newspapers and news networks, from The Times to the New York Post.

Australia women then went on to beat England in the final on a thrilling shoot-out.