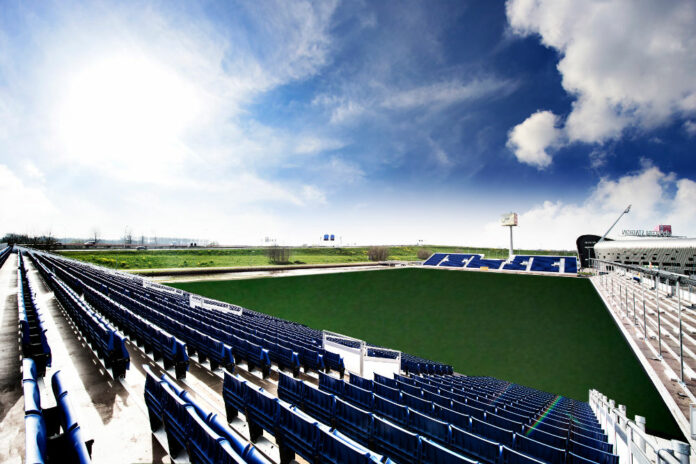 The secondary hockey World Cup GreenFields Stadium has been completed adjacent to the Kyocera Stadium in The Hague, the Netherlands.

On Monday the GreenFields® TX pitch was completed. On Thursday the pitch was approved for official play by an independent inspection agency.

The first World Cup game on the new pitch will be between Australia and Korea’s women at 2.30pm on the tournament’s opening day, Saturday May 31.

After the site was prepared, the construction and installation of the temporary stadium commenced in March. Following approval of the base surface, work continued on construction of the stands. Less than three weeks later the stadium was finished on April 2.

The stadium was completed in a partnership between GreenFields and the Dutch construction company Heijmans.