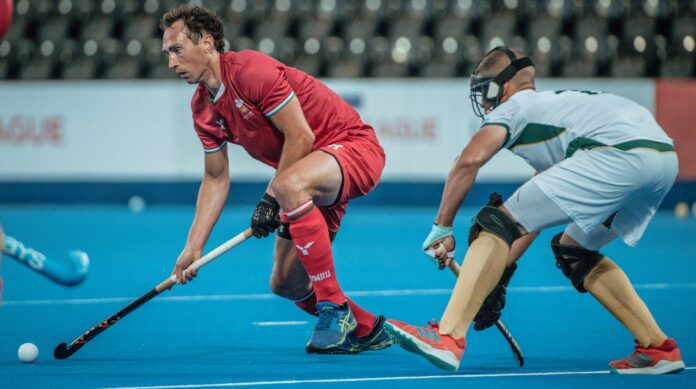 Lewis Prosser, Wales captain and the most capped male Welsh athlete, says that the squad’s “tight, close group” will hold them in good stead as they prepare for the first of two major championships in six months.

The squad had their final preparation for the Commonwealth Games over the weekend in a two-match test series against South Africa in Cardiff. Wales play their first match on Saturday against Canada.

Wales are also in a Pool with England, India and Ghana as they attempt to reach the semi-finals and Prosser says he will “treasure” the experience of a ‘home’ Games.

“Everyone gets on really well, we’re a very tight, close group. In any team sport you don’t come across teams like that very often,” he said.

“This is going to sound very uninspiring but it’s something my dad (former Welsh and GB hockey player David Prosser) banged on to me about – consistency is key. If you perform consistently over a period of time, you’ll be the most reliable person in that squad that people are going to go to.”

“If you do that in any team, or even work or life, people look at you differently. Being the reliable person sets you apart from anyone else. In everything you do, if you’re consistent, turn up and are disciplined, you’re going to be successful.”

Into his third Commonwealths, Prosser is unsure what to expect this time in Birmingham.

He said: “With Glasgow, I knew there was going to be an athlete’s village where everyone was going to be based. Gold Coast I knew was going to be something similar, just maybe on a different spectrum. As this is split over multiple sites, I honestly don’t know what to expect.”

“It will be great to have friends and family there. It’s another home games, which you don’t get many of, so I am just going to cherish it as much as I can and take in the experience.”