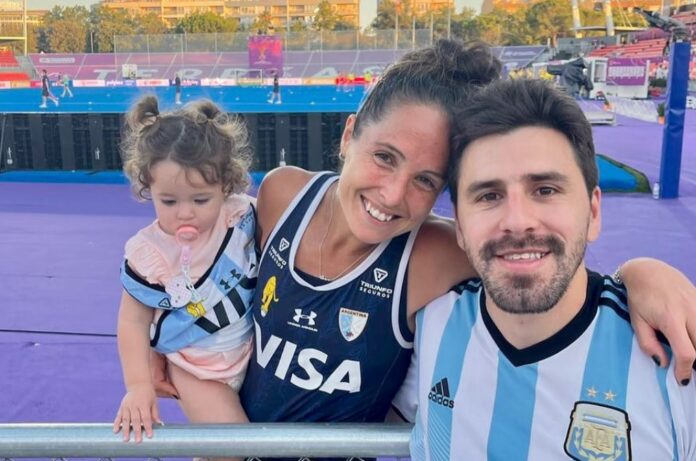 Terrassa — Rocío Sánchez Moccia, the Argentina women’s captain, is a 2009 junior World Cup runner-up and now a 33-year-old mother. “I kept running until I was seven months pregnant,” she has said as she bid to reach Tokyo 2020.

She did just that, four months after becoming a mum to daughter Francesca as Las Leonas won a silver medal in Tokyo. As her birth neared, she lowered her running schedule and took to walks, swimming and going to the gym, all with the advice of her obstetrician.

Forty days or so after birth, she was back training.

One of the finest dribblers and stick to ball players in world hockey, she is now closing in on 300 caps, with two Olympic finals under her belt, as she aims to guide Las Leonas to their third World Cup title, 20 years after their first.

Her family is with her in Terrassa, after she spent a month apart from her newborn in Tokyo.

Alongside her in the experience stakes, she has Belen Succi. They also aim to halt Germany’s run to the final and they have the record to do it, with the pair having amassed 14 wins in 21 matches over Die Danas.

Succi’s performance, she says, has also galavanised the team ahead of her last international tournament as Argentina No 1.

“She is a beast,” she told La Nacion. “She is undoubtedly one of the best in the world. For us she is a reference, we blindly trust her and she is a fundamental piece for the team. She gives us a lot of security, and that makes us calm when it comes to playing.”

Against Germany, patience will be pivotal, as well as a tight defence. “We have to make the fewest mistakes in defence and not give anything away,” she added.

Meanwhile, Germany coach Valentin Altenburg admitted that England was “a good role model for us” as they prepared for the Argentina clash.

“The best penalty corner defence is preventing them from happening,” he told a media conference on Saturday.

“England did a very good job all over the pitch to make it difficult for circle entries for Argentina.

“That’s been a big strength of the England team over the last couple of years already.

“The defence will be decisive and we will try all we can to prevent them from entering the circle and England was a good role model for us.”